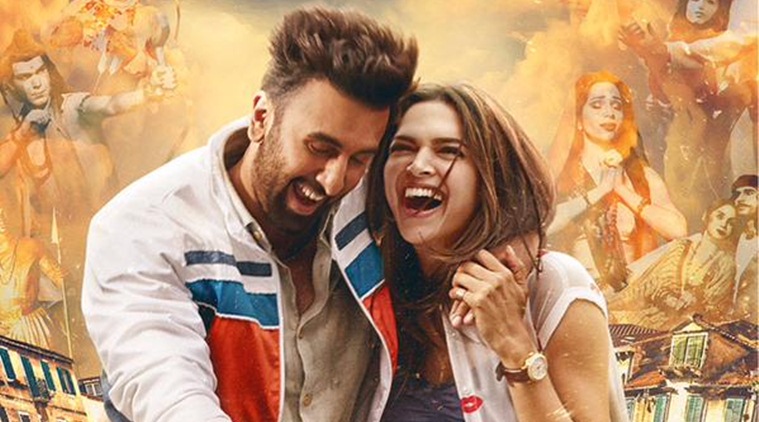 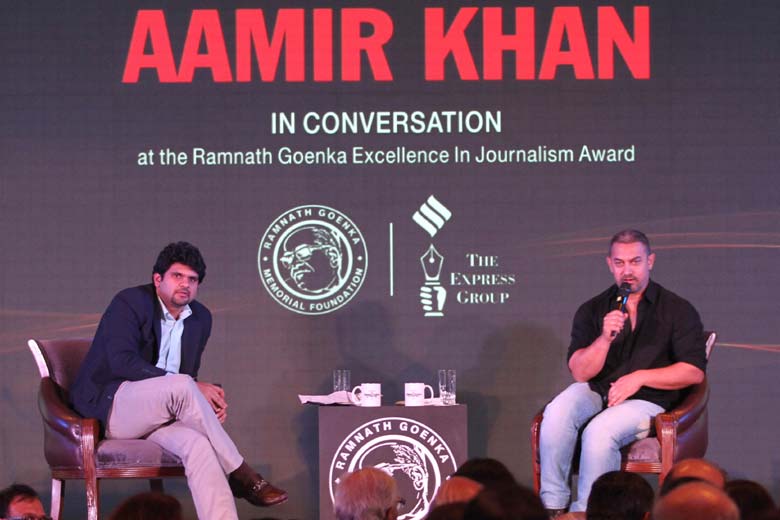 It saddens me to see the growing and widening split in India over Tolerance vs Intolerance and no, it’s no longer a debate as the daggers come out openly the moment someone speaks about the prevalent mood in India. What started with some prominent artists, writers & scientists returning their awards over the growing intolerance after the mob lynching of a Muslim in Dadri, UP over beef eating rumours, became the focal point of national debate as counter points were made by different groups and soon the whole country was talking about it. The debate became stronger as some from the bollywood fraternity joined in returning their awards and a split was evident when others from bollywood chastised them for joining the bandwagon. All of a sudden, the bollywood was split over the debate of tolerance vs intolerance. SHAHRUKH KHAN, who is credited for the rising influence of bollywood all over the world, weighed in with his comments by agreeing over the rising intolerance in India and immediately was labelled as a Pakistani agent . Shiv Sena & BJP stalwarts came out openly in calling him a ‘traitor’ and India’s favorite son, who happens to be a proud Indian Muslim, had to retreat from public as not many from bollywood came to his rescue. Those who did speak in favour of Shahrukh, were dismissed by others as the debate raged on and amidst all this, the central govt. took no stand and remained quiet. The tolerant or intolerant state of India became a political football and it seemed all were willing players of this dreaded scenario. Accusations were flying left, right & centre against those who’re alarmed over the rising intolerance in India and questions were asked about their inactions when Emergency was clamped in India or when thousands of Sikhs were murdered in Delhi and when Kashmiri Pandits were thrown out from the valley! The debate had hardly died down when AAMIR KHAN participated in an open forum at the Ramnath Goenka Awards in Mumbai and reiterated the point that he too is alarmed over the growing intolerance & insecurity amongst the masses . Never mind that his great grand father ABDUL KALAAM AZAAD fought for India’s independence, chose to stay in India rather than going to Pakistan and became India’s first education minister because like Shahrukh, Aamir too was ridiculed, trolled, shamed and labelled as traitor just because he happens to be a proud Indian Muslim who is concerned and alarmed about the growing intolerance in India. India has the second largest population of Muslims in the world and many have brought laurels to the nation by excelling in various fields so isn’t it unfair to label them as traitors when they speak out against the prevalent mood and voice their opinion over the rising intolerance. Many have spoken of India being a tolerant nation but the same people would not accept anyone showing concern over the alarming incidents of rising intolerance and the split has widened as the social media has become the battle ground for all. Twitter, facebook, instagram and TV shows hurl non-stop abuses and yesterday’s friends are no longer talking to each other. Aamir Khan, who was credited for waking the nation with his SATYAMEV JAYATE TV shows and meaningful films like PIPLI LIVE, TAARE ZAMEEN PAR, 3 IDIOTS & PK, is now in hiding with his wife and it really is sad when celebrated artist like NASEERUDDIN SHAH question the validity of Aamir Khan statement. India, the world’s largest democracy, as per many is the most tolerant nation in the world but the recent incidents and the continuing silence of the central govt. belittles that statement and as long as Muslims are lynched over beef eating rumours in UP or Hindus are burnt alive at Godhra, I’ll have to agree with ANURAG KASHYAP that ‘ INDIA IS AND HAS BEEN INTOLERANT ‘!

Will Tamasha resurrect the career of Ranbir Kapoor !!!

RANBIR KAPOOR, the ‘Golden Boy’ of Bollywood till his movies started flopping , is tense and praying and so are his millions of fans around the world as his new film TAMASHA (Spectacle) released this week. Ranbir Kapoor, who was hailed as the bright new shine of bollywood after his debut film SAANWARIYA got a mauling at the box-office and thrashed by critics all over, continued his magnificent run with superb performances in films like BACHNA AE HASEENO, ROCKET SINGH & AJAB GAZAB PREM KAHANI. He became the darling of youngsters all over and his sensitive portrayal in Prakash Jha’s RAAJNEETI further enhanced his credentials. Imtiaz Ali’s ROCKSTAR won him many awards and his reunion with ex-girlfriend DEEPIKA PADUKONE in YEH JAWAANI HAI DIWAANI set alight the box-office and it was RANBIR KAPOOR all over until things started going wrong thereafter. Abhinav Singh Kashyap, the younger brother of Anurag Kashyap and director of Salman Khan’s biggest hit DABANGG, signed Ranbir and his parents – RISHI & NEETU KAPOOR, for what many thought was a casting coup in Bollywood, for his next film BESHARAM and everyone was eagerly awaiting the result but the film was declared a disaster from day one.and many called Ranbir BESHARAM for signing such a BESHARAM film. Ranbir’s next was ROY with Arjun Rampal & Jacqueline Fernandez and though Ranbir had signed the film for his school friend Bikram Jeet Singh for a special appearance only, the critics roasted him along with the film and the film was declared a flop. Ranbir’s all hopes were now pinned on Anurag Kashyap’s gangster saga BOMBAY VELVET, a period film which shot in its entirety in Sri Lanka, and as the budget kept soaring so did the hopes of his fans as Anurag had a proven record in gangster films with hits like BLACK FRIDAY, GULAAL & GANGS OF WASSEYPUR but BOMBAY VELVET was panned by all and turned out to be the biggest debacle of Anurag & Ranbir’s career. Ranbir was shattered and so did his fans because even in a disaster like Bombay Velvet, Ranbir was the only saving grace as the critics did praise his performance but the damage was done and many started calling him a fluke but wait a minute, Ranbir still has a film called TAMASHA with Deepika Padukone and his friend Imtiaz Ali. IMTIAZ ALI, with a proven record in films like JAB WE MET, LOVE AAJ KAL, ROCKSTAR & HIGHWAY, always believed in Ranbir Kapoor and Deepika Padukone and since it’s his second film with both of them, everyone is pinning their hopes for TAMASHA to be a success and with A.R.Rehman’s music soaring to new heights, it could very well be true and if it does happen then it surely will give a new lease of life to the struggling career of RANBIR KAPOOR ! 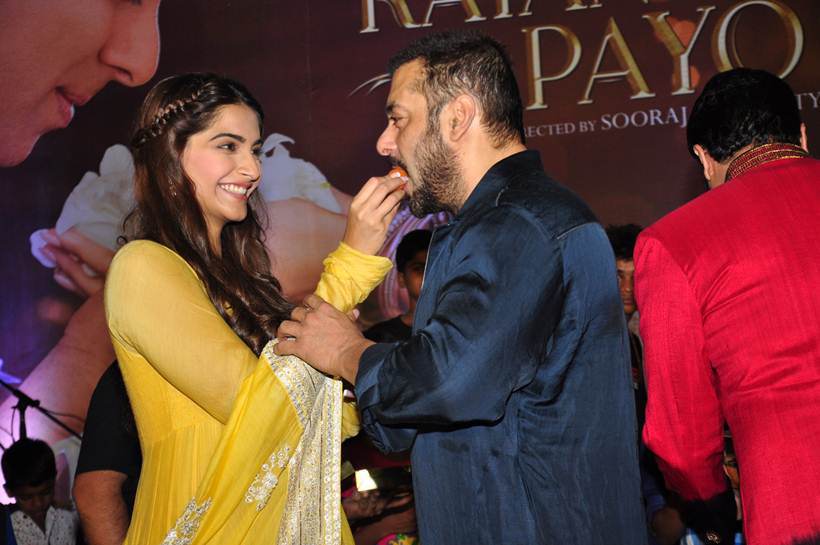 PREM RATAN DHAN PAYO has crossed Rs.200 Crores in Indian box-office and once again, SALMAN KHAN has proven that he is the ‘ KING ‘. With six of his films crossing Rs.100 Crores, two crossing Rs.200 Crores ( KICK & PREM RATAN DHAN PAYO ) and BAJRANGI BHAIJAAN crossing Rs.300 Crores, he’s without doubt the BOX-OFFICE KING of bollywood. 2015 is probably one of the worst years in bollywood with many films flopping left, right & centre and yet, Salman Khan alone has contributed over Rs.500 Crores in box-office revenues to bring cheers to the otherwise dismal bollywood record this year and it’s still growing. With his histrionics helping the TRP ratings of BIG BOSS, Salman Khan is surely the most popular bollywood star today and now all eyes will be on his upcoming SULTAN in 2016! SAEED JAFFREY, who passed away in London, England recently, has been given glowing tributes by entire bollywood; the trailer of Sanjay Leela Bhansali’s BAJIRAO MASTANI has been given thumbs up by almost all but apparently, someone has petitioned to put a stop on the screening for inaccuracy in historical depiction; the trailer of Rohit Shetty’s DILWALE was launched in Mumbai by Shahrukh Khan & Kajol and if reports are to be believed then the film has already recovered its investments as the satellite rights have been sold for very high price and with that, it’s time to say good bye but not before reminding you all to watch this week’s YAADEIN on Sunday, Nov.29nth @ 1 PM on SMC#116, which is a tribute to GEETA DUTT, whose 85th b’day was celebrated by her fans all over!