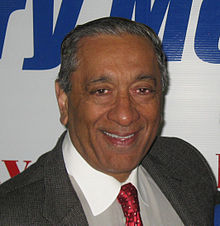 Ottawa:  A former B.C. attorney general who led the province’s Missing Women Commission of Inquiry says the federal government must strike the right tone and clearly define the terms for its own study of missing and murdered aboriginal women.

Wally Oppal conducted hearings and published a 2012 report on how authorities handled cases involving missing and murdered women in the wake of the Robert Pickton case. Pickton is a serial killer convicted in 2007 of the murders of six women and charged in the deaths of 20 others.

Oppal says the incoming Liberal government must determine what kind of inquiry it will conduct to ensure it is proactive in nature.

“I would think that if you’re going to have an inquiry, you don’t need to have one of the type that we had, where the police were cross-examined for endless days because one of our tasks was to find out what the police did wrong during the Pickton years,” Oppal said.

‘I think if they’re going to have one, they should have an inquiry that goes to the various communities and the centres, a commissioner or group of commissioners, to get the voice of the communities.

“It never hurts to talk to the communities to get their views and to bring them on side.”

Oppal also says the Grits should take previous inquiries into account to ensure the new investigation does not retrace old ground.

In their election platform, the Liberals committed to “immediately” starting a national public inquiry into missing and murdered indigenous women and girls in Canada.

The party said it would seek recommendations for governments, law enforcement and others to help “solve these crimes and prevent future ones.”

It also committed to spending $40 million on the study over two years.

Oppal said it will be important for the government to spend wisely.

“You could not have the type of inquiry that we had, where we had witnesses being called and being examined, you couldn’t do that for $40 million across the country,” he said. “The moment you announce a national inquiry, the lawyers are going to line up. So you have to be careful as to how you’re going to spend the money.”