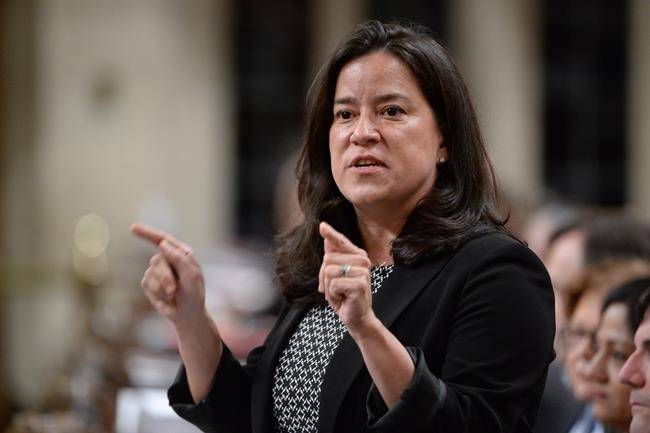 OTTAWA: The opposition Conservatives are demanding that the Liberal justice minister give back the money from a Toronto fundraiser last week.

Wilson-Raybould says she cleared it beforehand with federal conflict of interest and ethics commissioner Mary Dawson, and was there in her capacity as an ordinary MP, not a cabinet minister.

“What we talked about was Canadian politics, being involved in politics and ensuring that everybody has the ability to have their views heard,” she said Monday in the House of Commons.

“Does the justice minister really expect Canadians to believe that high-priced Ontario lawyers paid 500 bucks a plate to meet with the member for Vancouver Granville?” Calkins asked during question period.

Cooper called it a “sordid” affair.

“Last week, the minister attended a pay-to-play fundraiser in which attendees were invited to pay in return for access to the minister,” he said.

“The minister of justice has a duty not only to be independent, but to be perceived as independent.”

“I take my ethical responsibilities incredibly seriously,” she said, adding that she would never put herself in a conflict of interest.

Cooper urged her to apologize and “return to pay-to-play cash.”

Government House leader Dominic LeBlanc defended the minister, describing the fundraiser as legitimate and the Conservative attacks as “feigned indignation.”

“The Liberal party raises money in accordance with the principles of the Canada Elections Act,” LeBlanc said.

Cooper demanded to see the guest list from the soiree. Leblanc reminded him that donations are reported publicly every quarter.

When the Liberals were in opposition, they went after such potential conflicts.

Goodale said the money should be repaid and Glover ended up not accepting the donations.