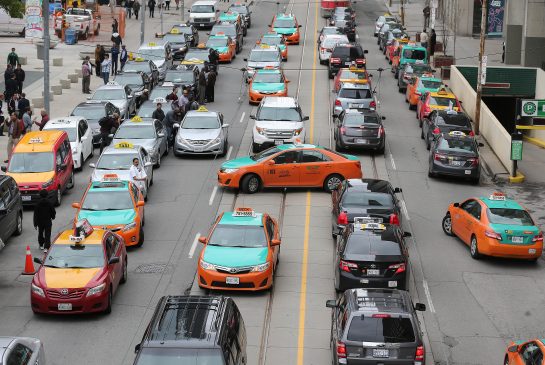 Toronto: Hundreds of cab drivers clogged a number of major roads in downtown Toronto for several hours as they protested against Uber, calling on the city to enforce bylaws against the private ride-hailing service.

The protest Wednesday drew criticism from many citizens. It also prompted Toronto Mayor John Tory to call for an end to “these kinds of dangerous and disruptive activities,” after a confrontation between an angry cab driver and what he believed was the driver of an Uber vehicle.

Uber has raised the ire of Toronto’s taxi industry, which says its business has dropped with the arrival of the unlicensed and lower-priced competitor.

The city is working on rules to introduce regulations for services like Uber, but cab drivers say current bylaws mean some Uber services are operating illegally.