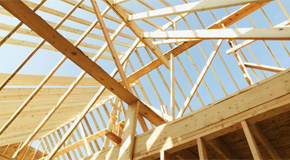 The Canadian Press
Ottawa: The total value of building permits issued by Canadian municipalities in May fell 14.5 per cent to $6.7 billion, following two months of double-digit gains, Statistics Canada said Tuesday.
Economists had expected a drop of five per cent, according to Thomson Reuters.
Statistics Canada said the value of residential permits issued in May dropped 13.5 per cent to $3.9 billion after three consecutive monthly increases.
The value of multi-family home permits fell 22.9 per cent to $1.6 billion in May due to a drop in every province and territory, except British Columbia, New Brunswick and Nunavut.
Contractors took out $2.3 billion worth of building permits for single-family homes in May, down 5.5 per cent.
Meanwhile, municipalities issued non-residential building permits worth $2.8 billion in May, down 16.0 per cent from April.
The value of permits for institutional buildings fell 34.0 per cent to $867 million in May, while plans for industrial buildings dropped 15.6 per cent to $408 million.
Commercial building permit values slipped 0.4 per cent to $1.5 billion.
The value of permits issued were down in five provinces, led by Ontario and followed by British Columbia, Alberta, Newfoundland and Labrador and Nova Scotia.
The drop in Ontario came mostly as a result of lower construction intentions for institutional buildings, multi-family dwellings and single-family houses.
© 2015 The Canadian Press