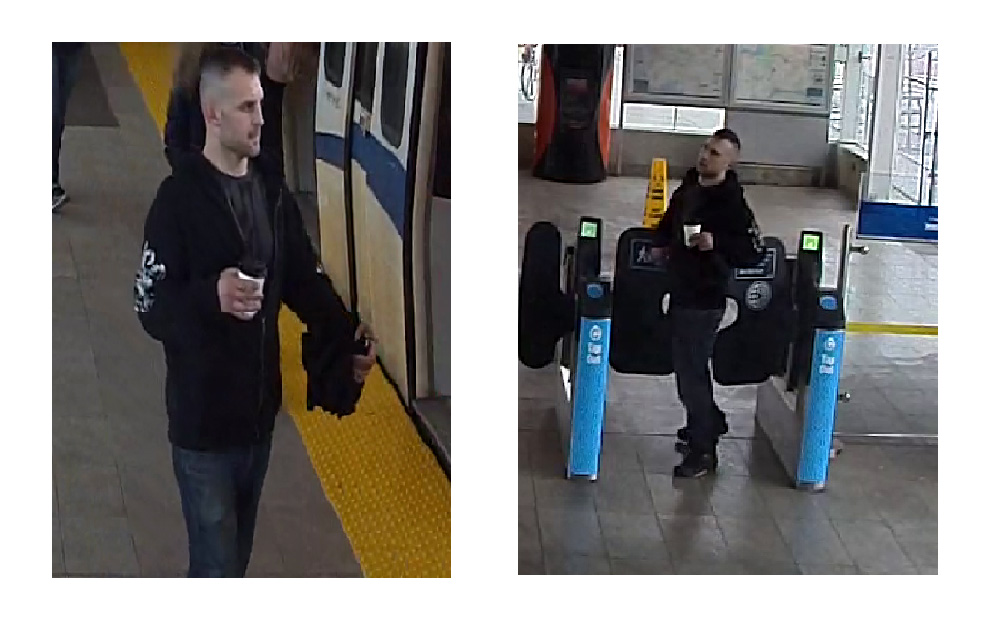 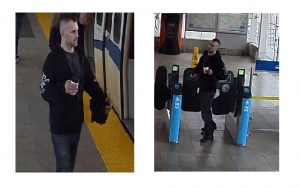 New Westminster: Metro Vancouver Transit Police are asking for the public’s help in identifying a man who allegedly threw his coffee on a woman prior to pushing her to the ground.

On April 6, at approximately 10:45 am, a woman rushed to board a SkyTrain at New Westminster SkyTrain Station before the doors closed. She believes that, in her haste, she may have inadvertently bumped into the suspect while trying to reach the train. The two exchanged words before the woman walked away. The suspect allegedly threw his coffee on the woman’s back and, as she turned to face him, pushed her with both hands. She fell backwards, striking her head on the platform. A citizen went to the aid of the victim and the suspect left the station.

Metro Vancouver Transit Police officers attended and initiated an investigation. The victim, a 42 year old New Westminster woman, was transported to hospital by Transit Police where she was treated for minor neck and back injuries and bruising. She was very upset by the event but is doing well.

The suspect is described as a white male in his mid 30’s, approximately 6 feet tall, medium build, short black hair and possibly blue eyes, wearing a black hoodie with white designs on the pocket area and carrying a coffee.