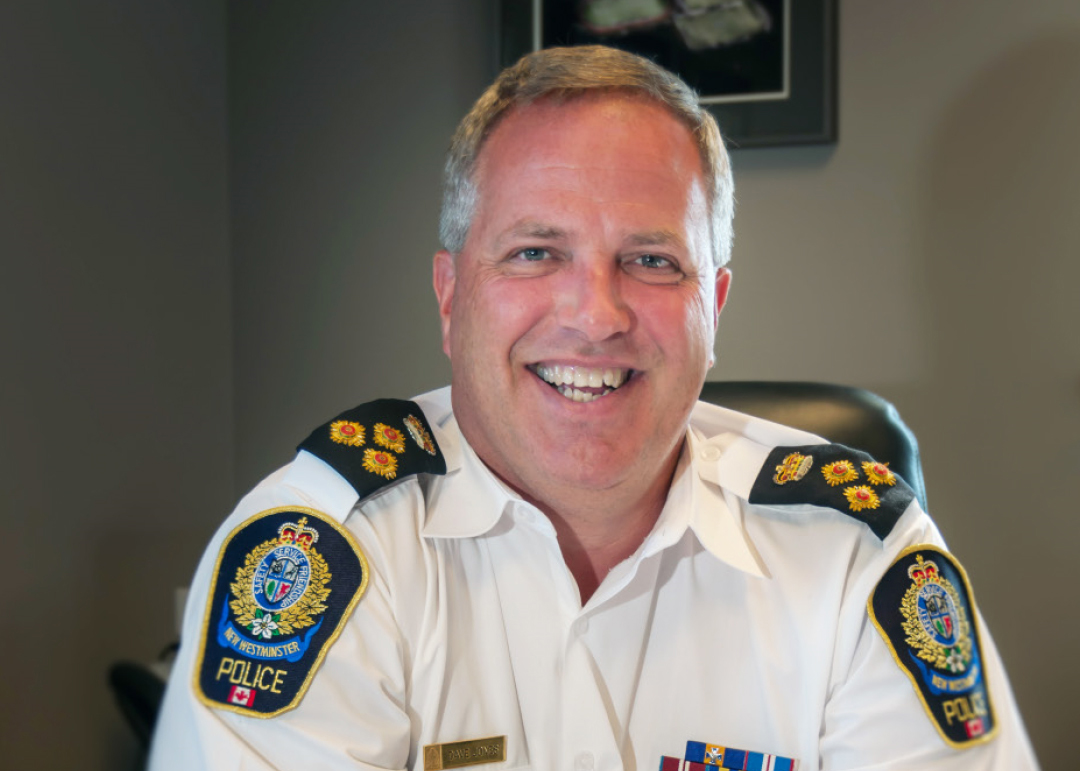 New Westminster: The Board of the Metro Vancouver Transit Police announced that, after interviewing a number of excellent candidates, they have selected the current Chief Constable of the New Westminster Police Department, Chief Dave Jones, as the new Chief Officer.

“We are pleased to welcome Chief Officer Dave Jones to the Metro Vancouver Transit Police. Chief Jones has deep roots in the community and a wealth of experience at local, provincial and national levels of police leadership. The Transit Police is a dynamic organization, operating in a growing region. We are confidant that Chief Jones will lead our organization from strength-to-strength, ensuring we stay at the forefront of public service and safety,” Police Board Chair Mark Reder said.

“With more than 30 years experience serving the New Westminster Police Department, we are pleased to welcome Chief Officer Dave Jones to the TransLink Enterprise,” said TransLink CEO Kevin Desmond. “As we see everyday, the Transit Police provide an invaluable service to the public and Metro Vancouver is fortunate to have the only police force in Canada dedicated to serving our customers and employees along the transit system,” he continued. “We look forward to working with Chief Officer Jones and thank Interim Chief Barry Kross for his steadfast commitment to public safety and security and for continuing to be a transformational force behind the Transit Police.”

“I am extremely humbled, honoured and excited to be given the opportunity to lead the Metro Vancouver Transit Police as their new Chief Officer,” stated New Westminster Police Chief Constable Dave Jones. “I’d like to extend my thanks to Interim Chief Barry Kross for the great work he has done. I look forward to working hard to further Transit Police and TransLink’s commitment to safety for everyone who uses the transit system.”

Dave Jones has been a member of the New Westminster Police Department since 1986 and in that time has had an exemplary career. He has worked in many different areas of the Department and participated in numerous major projects, including the downtown initiative that dealt with an influx of crack cocaine dealers in the late 1990’s. Chief Jones was also integral in the creation of the Integrated Service Team (IST) model that is still in effect today that deals collectively with community and policing issues. He holds a B.A. of General Studies within a joint Simon Fraser University/Justice Institute of BC Leadership Development program.

He has received many commendations and awards, including the Queen’s Jubilee Medal and the Queen’s Diamond Jubilee Medal. In 2013, he was presented the Member of the Order of Merit for the Police Forces by the Governor General of Canada.

Chief Jones will take over the role of Transit Police Chief Officer on April 1.