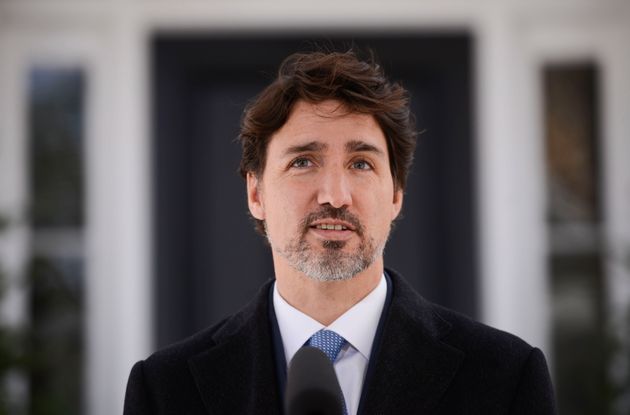 Ottawa: Canada and its G7 allies confronted U.S. President Donald Trump on Thursday over his decision to cut funding to the World Health Organization, as they stressed solidarity with a key international organization during the COVID-19 crisis.
The concerns were raised during the videoconference that the American president hosted for Prime Minister Justin Trudeau and his fellow G7 leaders. Trump went into the meeting impatient and far more anxious than his G7 counterparts about the need to ease restrictions meant to control the spread of the novel coronavirus.
Trump has expressed enthusiasm about easing restrictions to reboot the American economy ahead of the November presidential election. He led the teleconference with his counterparts because the U.S. holds the rotating chair of the G7 this year.
But two days before the talks, Trump cut funding to the WHO, believing it is too cozy with China, while other countries see it as a vital agency to fighting the global pandemic. The Trudeau government has defended the WHO as a key ally in the pandemic fight.
And that continued during the G7 discussion.
“I think we all recognized on the call how important it is to continue to co-ordinate and collaborate the science around the pandemic, to work on public health measures around the world, to share information around vaccine development, around treatments that can work,’’ Trudeau said after the meeting.
“There is a need for international co-ordination and the WHO is an important part of that collaboration and co-ordination.’’
That includes supporting international efforts “to develop a vaccine, expand treatment, expand testing and ensure the critical medical supplies get to the front lines,’’ the prime minister added.
Also, on Thursday, Foreign Affairs Minister Francois-Philippe Champagne took part in another international videoconference with a group of countries minus the U.S. that is committed to bolstering international institutions.
Canada helped found the ad-hoc group known as the Alliance for Multilateralism along with France and Germany to bolster the international order that has come under repeated attacks from Trump.
Champagne said in an interview that Trump’s decision to drop WHO funding was a topic of discussion with his fellow foreign ministers from the alliance. And while they agree that some organizations need reform so that they work better, “now is not the time’’ to be doing that work.
“The time now is to support these international agencies and the important work that they have to do. There will be a time for us to see how we can look at processes, do a post-mortem and make sure these institutions would really serve the purpose for what they were created,’’ Champagne said.
Meanwhile, Thursday’s G7 meeting unfolded as most of its members faced an array of formidable challenges in their fight against the virus.
Italy is the worst hit G7 country after the United States, and while the virus is showing signs of declining there, the Italian health-care system is facing crushing demands.
Italy’s ambassador to Canada, Claudio Taffuri, has appealed to Canadians to help his country by giving money to the Canadian Red Cross in a special program that will funnel funds to the Italian Red Cross.
Taffuri wrote that he was appealing to Canadians who were “inspired by the love that you feel for Italy, by the solidarity we have for those on the front lines of this battle, by the human bond we share with those men and women who are exposed to the disease and its fatal consequences, for the part of them that is in each of us, in support of all human lives.’’
The death rate from the virus continued to rise in Britain as the government was expected to announce an extension of its countrywide lockdown by several more weeks. Britain is also coping with the recent week-long hospitalization of Prime Minister Boris Johnson to treat his COVID-19 infection.
Earlier Thursday, Japanese Prime Minister Shinzo Abe declared an expanded state of emergency covering the entire country, expanding on a previous order that covered only Tokyo and six other regions that were deemed to have the highest infection rates.
Germany, Europe’s largest economy, announced this week that while it will still adhere to strict physical distancing measures, it will let some stores open next week and will reopen schools in May. While the outbreak has slowed in recent weeks, Chancellor Angela Merkel says Germany must move in “small steps’’ and achieved only a “fragile intermediate success’’ containing the virus.
France was dealing with COVID-19 fallout on various fronts this week. A French court ruled Amazon wasn’t doing enough to protect its workers, so the company said it was temporarily suspending operations. The iconic Tour de France cycling race was postponed to late August and early September.