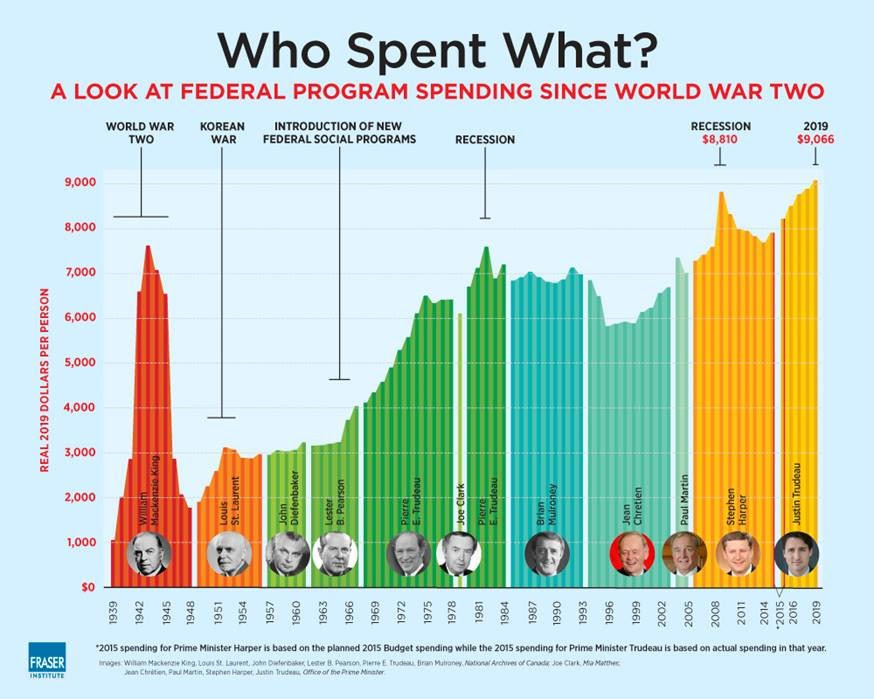 Vancouver: Prime Minister Justin Trudeau’s government has now recorded the highest ever per-person spending level of any federal government, including those that fought wars or faced recessions, finds a new study released by the Fraser Institute, an independent, non-partisan Canadian public policy think-tank.

“This high level of spending could lead to a rapid deterioration of federal finances should the economy continue to slow, or worse, enter into a recession,” commented Jake Fuss, a senior policy analyst with the Fraser Institute and co-author of Prime Ministers and Government Spending, 2020.

The study, which tracks annual per person program spending (adjusted for inflation) by prime ministers since Confederation, finds that spending in 2019 ($9,066 per Canadian) tops the previous all-time record of $8,811 (in 2019 dollars) set by Prime Minister Stephen Harper in 2009 during the global recession.