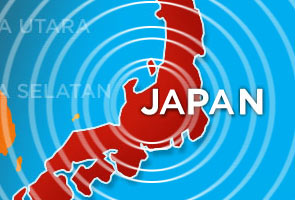 The agency said a tsunami of up to one metre (3.3 feet) was forecast to hit the coast of Iwate at around 8:30 am (2330 GMT Monday).
The quake struck at 8:06 am in the Pacific some 210 kilometres (130 miles) east of Miyako, Iwate, at a depth of 10 kilometres, the agency said.
Large areas of the coastline covered by the advisory were damaged by the 2011 quake and tsunami that killed more than 18,000 people and triggered a nuclear accident in Fukushima.