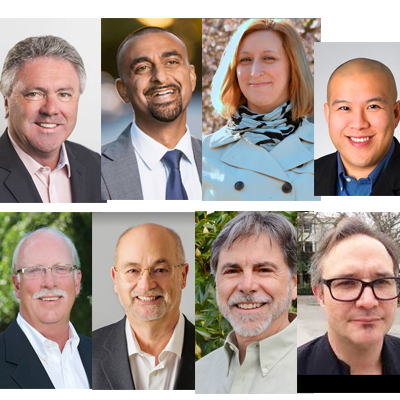 Two interesting ridings that may be worth watching are in the City of Delta, specifically Delta North and Delta South. Candidate information has been gleaned from each candidate’s website.

Sandwiched between Highway 91 and Scott Road, with the Annacis Island Industrial district the Delta North Riding houses half the population of Delta. The riding is comprised largely of detached homes, reportedly 14% of the residents speak Punjabi at home while 2% speak Mandarin at home.

Swing Riding: Delta North has been a swing riding since inception in 1991 when Norm Lortie won the riding for the NDP. Liberal Reni Masi took the riding away for one term then surrendered it to NDP Guy Gentner who held it strongly for two terms. The last election, a contest between Delta Councillors, Scott Hamilton, Liberal and Sylvia Bishop, NDP went to Hamilton by a 15 margin.

“North Delta has been my family’s home for over 30 years now, and I’m blessed to have the opportunity to represent such a terrific community,” says Hamilton. “I’m running again to ensure that the solid economic foundation created by our government continues to grow and strengthen for our children’s future.” Hamilton currently serves as the Chair of the Select Standing Committee on Finance and Government Services. His committee tours the province to directly meet and engage with local groups to help shape and define the province’s budget priorities. Hamilton was also passionately involved in the passage of the government’s Guide Dog and Service Dog Act implemented earlier this year. Prior to being elected to the Legislature in 2013, Hamilton served as a Delta Councillor for 12 years after serving as a Parks, Recreation, and Culture Commissioner.

Kahlon from Victoria, BC is a Canadian field hockey player.  He earned his first international senior cap for the Men’s National Team in 2000 against Malaysia in Brussels. He began playing field hockey as a defender in the Victoria League at age twelve; he was selected to the Junior National Team in 1999 and was named team captain. Kahlon was a student at Camosun College in Victoria. Eventually competing at every level of international competition, Kahlon’s career would include playing three times in World Cup Qualifying tournaments, representing Canada at the Commonwealth Games and Pan American Games, and culminating with a tenth-place finish at the 2008 Summer Olympics in Beijing. In 2013, with many of his family and friends on hand, Ravi was inducted into the Delta Sports Hall of Fame.

Miller grew up in North Delta, attending Sunshine Hills Elementary, Gray Elementary, Sands Junior Secondary and North Delta Senior Secondary. Upon completing high school, Jacquie went on to pursue a Bachelor Degree at Simon Fraser University and then completed a Master of Arts in Political Science and Cultural, Social and Political Thought at the University of Victoria. Jacquie then worked for the Government of the Northwest Territories as an Analyst and then Manager in the Northwest Territories’ resource and environmental management regime, specifically in relation to major non-renewable resource (e.g., mining, oil and gas) and infrastructure projects. Since moving home to B.C., Jacquie has worked as a researcher, policy analyst, grant writer and project manager for First Nations clients and has been an active B.C. Green Party organizer, working to be the change she wants to see in the world. As a Member of the Legislative Assembly, Jacquie will use her advanced policy knowledge, interdisciplinary education and hard work ethic to represent the community of North Delta in the B.C. Legislature.

Delta South riding is everything in Delta west of Highway 91 and includes Ladner Village, Tsawwassen, and large tracts of agriculture lands.  It holds the Tilbury Island Industrial Park and the industrial and commercial development adjacent to the Boundary Bay Airport.

The population is concentrated in Tsawwassen and Ladner village.

This riding has been solidly Liberal from its inception in 1991 held by the late Fred Gingell. Valerie Roddick was MLA for two terms from 1999 to her retirement in 2009. Delta Councillor Vicki Huntington won the riding in a squeeker over Wally Oppal, then in 2013, won strongly (47%) over former fellow Delta Councillor, Bruce MacDonald.

Delta Councillor, farmer, and business owner (auctioneer) Ian Paton, was first elected to Delta Council in 2010, where he has topped the municipal polls ever since. His work on council has provided him with a depth of experience in areas such as community planning, land use, transportation, recreation, business development, waterways, and dredging.

Paton has longstanding roots in agriculture, running a dairy farm and farm auction business for over 30 years. His knowledge of the business has been harvested by government organizations from the municipal to federal levels to study agricultural practices.

Paton was born and raised in Delta, where he still lives with his wife Pam.

Over 10 years, Larry led seminars and taught courses on corporate ethics for executives and MBA students at both UBC’s Sauder School of Business and SFU’s Beedie School of Business. He was also Moderator for the first two years of UBC’s Summer Institute in Sustainability, and created UBC’s first Strategic Alliances seminars. Larry’s work has mostly been in organizational development, adult education, and consensus facilitation. Clients include governments, public utilities, institutes, associations and major corporations across 20 distinct sectors of the economy.  After 25 years in Ladner, Larry and his wife Chris lived for seven years in White Rock where he ran as a Green Party candidate in the last two federal elections before returning to South Delta.

: BC Action Party A lifelong resident of Delta. A driven individual with a vision of a prosperous and stable province. Attended Vancouver Film School for New Media and has helped manage several companies over the last ten years. A lover of the environment and renewable power solutions to studying new technologies.

Nicholas Wong: Independent, born and raised in South Delta I fell in love with the Fraser River, the farmland, and the community at a very young age. At 26 years old, I am ready to build my own family with the same love of the land in the place that I happily call home.  My campaign has a single principle: In a political environment full of spin and “Alternative Facts”, I will speak the TRUTH. I am looking forward to working with everyone in the community, hearing all positions and opinions, and listening to what you have to say. Together, we can determine what is in the best interests of South Delta.