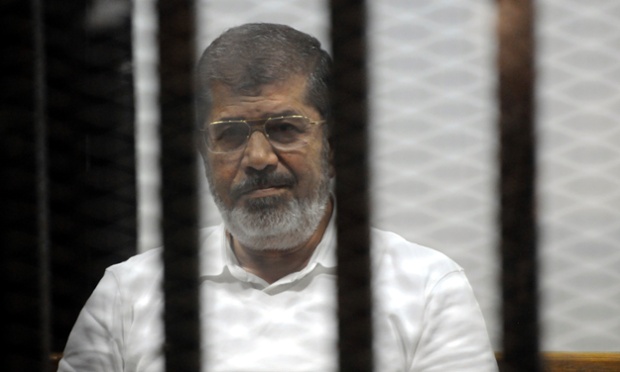 “We are continuing our consultations firstly with Saudi Arabia, Qatar and other Gulf countries. We are reviewing current mechanisms for international initiatives. We plan to start necessary initiatives soon, to at the UN Human Rights Committee at first hand,” Kalin told reporters in a press conference.

“We call on the Egyptian administration to reverse the sentence,” Xinhua quoted Kalin as saying.

Those sentences and carrying them out will push the Middle East into further chaos, the spokesperson said, calling on international community to speak out more strongly against the verdicts.

Egypt’s ousted Islamist president Morsi and other 106 defendants were ordered by a court on Saturday to face the death penalty for their role in a mass jailbreak during the 2011 uprising.

Morsi was also accused of escaping prison with the assistance of domestic and foreign militants during the January 25 uprising that ousted former president Hosni Mubarak in 2011.

Erdogan is a vocal supporter of Morsi, and relations between Turkey and Egypt have been strained since Morsi was ousted by the army in July 2013 after mass protests against his one-year rule.

Ankara accused the army, and new Egyptian president of carrying out a coup against Morsi from Muslim Brotherhood, a political organisation with close ties to Erdogan’s Justice and Development Party. However, Egypt condemned the Turkish government for interfering in its domestic affairs.