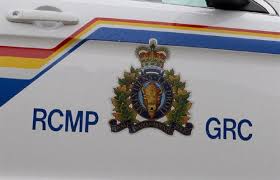 Surrey: Surrey RCMP are investigating another targeted shooting in Surrey which happened at approximately 8:40 p.m. on the night of March 26 near 88th Ave and 124th St. In this shooting two men were injured.
As the police officers were in route additional calls were receive reporting two vehicles driving erratically in the same area. One vehicle was described as a White Ford Escape and the other vehicle was described, as a Dark Coloured S.U.V.  Surrey R.C.M.P. members attended to the scene, and made patrols for the vehicles.  Shortly after, two males attended to the hospital in a white Ford Escape. Both were suffering non-life threatening gunshot wounds. The two males in their mid-twenties are residents of Surrey, and are known to police. Neither male is forth coming with information.
Surrey R.C.M.P. are seeking the public’s assistance, and are asking anyone that may have witnessed the incident, or observed the vehicles driving away from the scene are asked to call the Surrey R.C.M.P. at 604-599-0502 or to call Crime Stoppers.