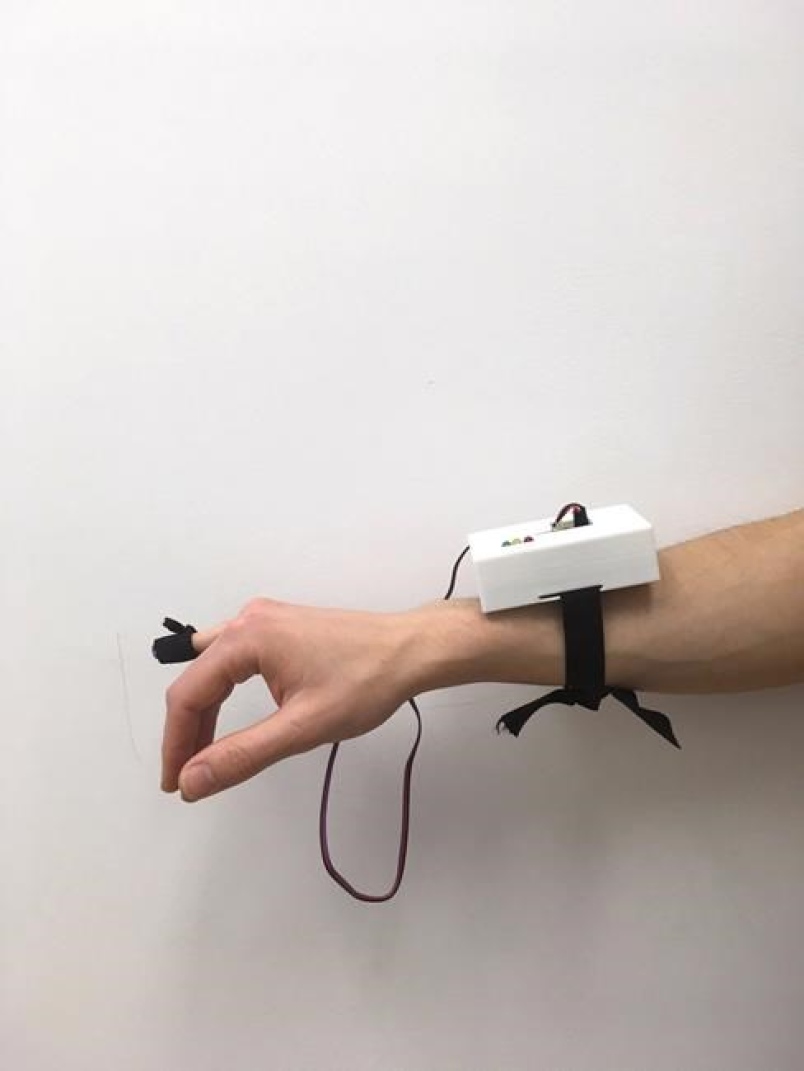 By Gemma Karstens-Smith, The Canadian Press

Vancouver: A group of students at the University of British Columbia have turned to technology in an effort to address the opioid crisis by creating a wearable device they say can detect an overdose.

The six engineering, medical and design students wanted to focus on people who could overdose indoors, where others can’t see or help them, said Sampath Satti, a biomedical engineering graduate student.

More than 900 people fatally overdosed across British Columbia last year, many of them victims of the opioid fentanyl. Free kits containing the overdose-reversing drug naloxone are available at hospitals, drop-in centres and shelters as part of an effort to save lives.

But people are still dying.

The group has created a device that is worn on a person’s wrist, with a wire connecting to a sensor on a fingertip, that can detect when a user has stopped moving and breathing.

Satti compared the technology to a wearable fitness tracker that monitors a person’s heart rate. The overdose detector would sound an alarm if a person’s vital signs fall below a certain threshold, alerting others to a possible overdose so naloxone can be administered.

Through its research, the group has determined there’s a window of about five or six minutes between when an overdose is detected and when someone can be saved, Satti said.

So far, team members have been testing the technology on themselves in a lab, and Satti said they’re optimistic about the results.

“The detection is actually quite promising. We can get a sufficiently good reading of the breathing rate when it’s tested on ourselves.”

Next week, they plan to start working with an overdose prevention site in Vancouver’s Downtown Eastside to collect more data and see if their methodology can be used reliably outside of a controlled environment.

Eventually, they’d like to create a version of the device that looks like a watch or a fitness tracker, without a fingertip sensor or any additional wires.

Satti said the aim is to produce the gadgets for about $30 each so they could be used at overdose prevention sites or wherever people typically use illicit drugs. The device was created to only monitor vital signs and have no value if it were lost or stolen.

The technology isn’t meant to replace other safe drug-consumption practices, he said.

“We don’t want this device to give people false confidence to use alone,” he said. “We would ideally like this device to work together with other harm-reduction measures.”

“I think one of the reasons the response has been positive is that this is one of the first technological approaches towards the opioid process. It piques a lot of interest.”