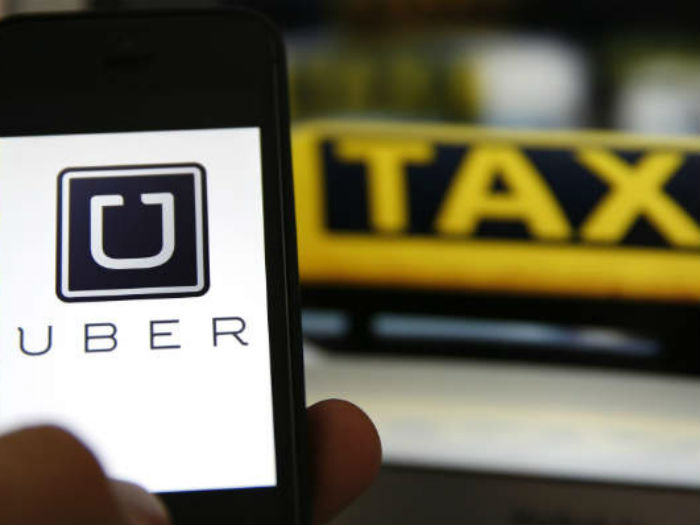 He made his remarks during a question-and-answer session at the Corporate Counsel Association of Canada’s national conference in Calgary.

The taxi industry has protested the ride-hailing service in various Canadian cities, arguing Uber drivers are at an unfair advantage because they are not subject to the same rules.

Millard says navigating regulatory issues dominates his work these days, as cities across Canada grapple with how to handle the nascent industry.

He says small differences between cities’ ride-hailing rules can have a big impact on whether businesses like Uber are viable, using Edmonton and Calgary as contrasting examples.

For instance, Edmonton’s bylaw requires Uber to pay the city $50,000 a year plus six cents per trip, whereas Calgary’s charges individual drivers $220 a year for an operating licence.

“The problem with that is most drivers are not driving full time. Most drivers are driving less than 10 hours a week and so to have a high barrier of entry in terms of on-boarding a driver is not useful … We want to be able to get drivers on as simply and as easily as possible,” he said.

It may seem like there’s just a “somewhat technical distinction” between the fee structures in Alberta’s two biggest cities, but Millard said “the smallest difference in a regulation can have vast impacts.”

Although Uber is pleased with Edmonton’s bylaw, the service is not operating in the provincial capital for now. It put operations on hold after the Alberta government announced it wouldn’t be able to make insurance available to drivers until the summer.

Uber has said it won’t operate in Calgary under a bylaw passed in February because it’s too strict.

California-based Uber is an app-based business that allows people to request rides over their phones and sets them up with drivers in their personal vehicles. Getting an Uber ride is typically cheaper than taking a taxi.