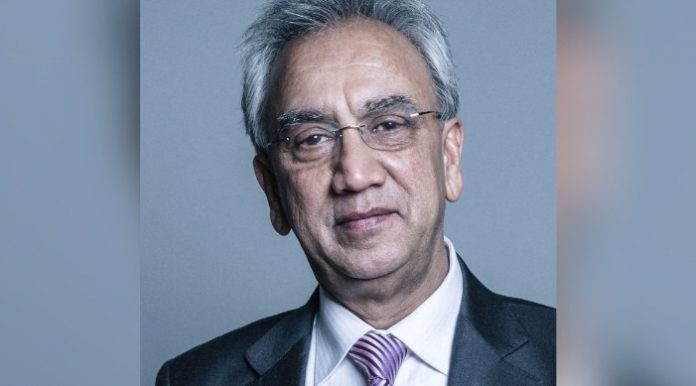 In a decade or so, the two-way trade between India and the UK will not only double but also grow four times, influential British lawmaker Lord Dolar Popat said in an interview with India News Network.

“India is the biggest investor in the UK. It is bigger than the 27 European countries put together and you will see this investment coming to the UK and vice versa. It will not double but it will be about four times. And we will build this very strong bond to live in this very vulnerable world. We need to address threats like pandemic together. I am confident that it will be a very good outcome,” he said.

“Your ease of business is now 47. It was earlier 101. You made it very attractive for UK businesses to invest in India and we are ranked 7 in the world. We have always been good for individual investment. It is the trade investment that can get people out of poverty, create wealth, create jobs, bring better GDP, and improve our infrastructure,” he added.

During the just concluded virtual summit between Prime Minister Narendra Modi and British Prime Minister Boris Johnson, a 2030 Roadmap was laid down.

One of the most important announcements of the India-UK summit was to double the two-way trade in the next decade and deepen their economic cooperation through an Enhanced Trade Partnership.

Both leaders announced the intent to unlock the full potential of their trade and commercial relationship, boosting jobs, investment and exports, including consideration of an Interim Trade Agreement to deliver early gains.

While the UK is an important trade partner for India with mutual investments coming in and out throughout the year, there have always been reports of disagreements around the Free Trade Agreement.

However, after the virtual summit between the ‘two like-minded Prime Ministers’, the road ahead looks smooth and provides an opportunity to collaborate more, said Lord Dolar Popat, the Member of House of Lords.

He said, “The 2030 Roadmap signed by the two like-minded Prime Ministers is historic in many ways. Currently our trade with India is about 33.4 billion pounds per year and they intend to double this. This is quite unique but with the Enhanced Trade Agreement, we want to lead to the free trade agreement. We are now able to sign a trade agreement post Brexit with India and India is a very important partner of ours, not just in trade but in other bilateral relationships.”

One of the challenges while doing business with foreign nations is the migration of skilled professionals. It has been addressed following the signing of Memorandum of Understanding between Indian External Affairs Minister S Jaishankar and UK Home Secretary Priti Patel on Tuesday.

The ‘Migration and Mobility Partnership Agreement’ is aimed at supporting people to live and work in both countries while addressing long-standing problems of illegal migration from India to the UK.

In the words of Jaishankar, “the living bridge between India and the UK will get stronger as a result.”

Defining it as a “very important decision” Lord Popat said, “One of the issues the Indian government raises to the British Parliamentarians is to do with visa regulations. We have to relax the immigration rules between the UK and India and make it a very special zone. And we want to allow Indian people to come to the UK and also Indian students to come and study in the UK. Our education is our third largest export earner and we want to encourage it. We also want to allow them to work here once graduated, to gain experience for one or two years before they go back to their country of origin.”

Another challenge that businesses face is an overwhelmingly increasing number of cyber security threats. However, the 2030 Roadmap addressed this concern as well.

During the virtual summit, both prime ministers reiterated their full support to a free, open, peaceful and secure cyberspace and agreed to strengthen cooperation through an enhanced India-UK cyber security partnership to tackle growing cyber threats and to enhance capacity building on strengthening the security and resilience of critical information infrastructure.

On the same, Lord Popat said, “It is an important area we want to address and it is quite often ignored. It is also quite a difficult area to address but working together we can do better.”