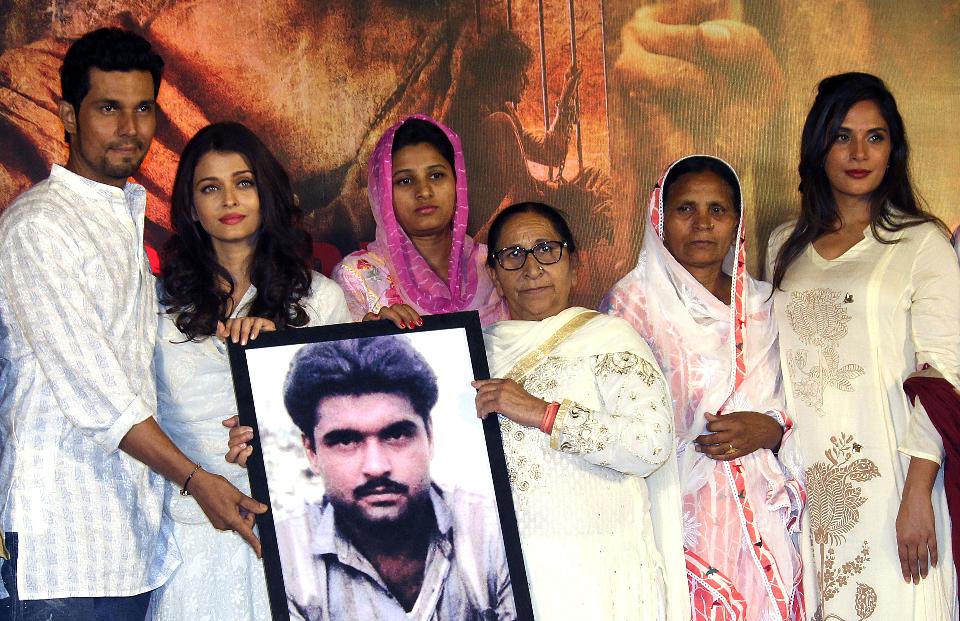 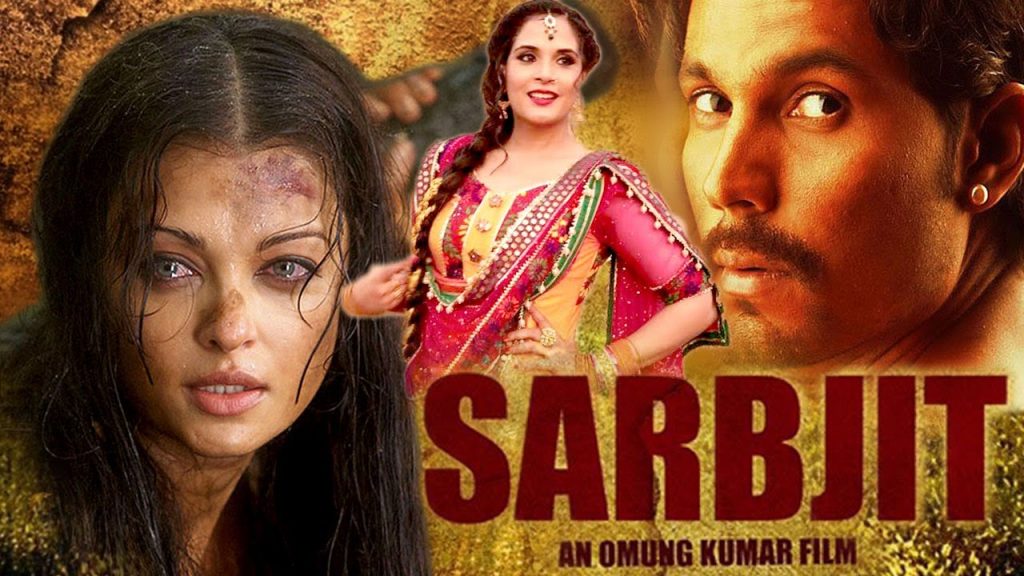 It wasn’t too long ago that during a conversation with a client, I found out that he’d worked as an undercover operative in Pakistan for quite some time with an assumed identity or in other words that he was a RAW agent. Picked up and trained at an undisclosed location for several months in language, customs & religion, he was planted near Lahore and carried on as an operative for many years under the garb of a Moslem until he was called back and opted to return to civilian life though still being followed by secret police for a long time. The revelations startled me as I always thought that ISI was the only agency involved in spying and destabilization efforts and further research confirmed my doubts that it was after being surprised by 1962 Indo-China war & 1965 Indo-Pak war that Research & Analysis Wing i.e. RAW was formed with a budget of a meagre sum of few thousand dollars which today has swelled to US $440 Million. In case you’re wondering why I’m talking about RAW, which rivals CIA, MOSSAD & ISI in many ways, it’s all because of SARABJIT, the Indian native of Punjab who languished in Pakistani prisons for years after being accused of a RAW agent and in spite of worldwide appeals for his release, he was mercilessly killed at Kotla Lakhpat Jail, Lahore. As Omung Kumar’s film SARABJIT releases this week, the debate over India’s undercover operatives and their sacrifices has gained more momentum as the men in uniform are applauded while these secret undercovers languish in jail and die unheralded and unclaimed as the the 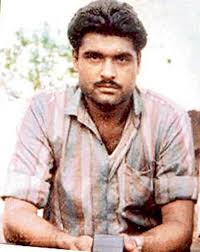 Indian Govt. refuse to accept them as their own and unfortunately, this is exactly the story of SARABJIT SINGH ( 1964 – May 2,2013 ). As per Sarabjit, he’d crossed into Pakistani territory in a drunken state while Pakistani Rangers claimed to have captured him near Kasur on August 30,1990 . Subjected to interrogation, Sarabjit admitted to being involved in Faisalabad bombing and subsequently was imprisoned for life. Living in terrible conditions, Sarabjit may’ve died without being noticed until his sister Dalbir Kaur started knocking at every possible door and met the political leaders in New Delhi & Islamabad. Bollywood stepped in as well as Raza Murad initiated a movement which soon captured the whole world as FREE SARABJIT CAMPAIGN slogans were raised from London to New York and Mumbai to Amritsar. Hopes were dashed when Pakistan’s then President Asif Zardari orders to release Sarabjit were reversed after pressure from Jamaat e Islami and all Dalbir and Sarabjit’s wife Sukhpreet could do was to visit him in jail. As per another Indian prisoner Surjeet Singh, Sarabjit became Sarfaraz after converting to Islam to avoid the daily beatings, however, Dalbir denied the charge and claimed that Sarabjit always had the pictures of Sikh Gurus in his jail cell. Afzal Guru was secretly hanged in New Delhi in 2013 and on April 26, 2013, Sarabjit was attacked at Kotla Lakhpat Jail, Lahore by cellmates as a revenge. The Indian Govt. offered to fly him out and Dalbir went to see her dying brother but Pakistani authorities refused every offer and Sarabjit died at the hospital on May 2, 2013. Denying his existence all along, an Indian plane brought his body the same day and as the Punjab Govt. announced a three day mourning, Sarabjit Singh was cremated with full military honors in the presence of thousands of mourners.  RANDEEP HOODA is SARABJIT, AISHWARYA RAI BACHCHAN is DALBIR & RICHHA CHADHA is SUKHPREET as Omung Kumar’s film vividly recreates the emotional story of SARABJIT, who sacrificed his life for the nation and yet the nation failed to protect him because he was the undercover operative. Mention must also be made of RAVINDRA KAUSHIK (April 11,1952 – July 26,1999), who was a prominent theatre actor in Sri Ganganagar, Rajasthan until he was recruited by RAW. Infiltrating in Pakistani army after marrying a local girl, he was captured and subsequently imprisoned for life and died of TB after languishing in sub human jail conditions for over 19 years as his family claims that Kabir Khan’s EK THA TIGER is based on his life.  The undercover operatives are still active as the Pakistani army paraded the recently arrested Commander Kulbhushan Yadav but would they be as willing to sacrifice their lives for the nation is something that the nation alone could respond. Meanwhile, SARABJIT has been banned by the Censor Board of Pakistan for being Anti Pakistani! 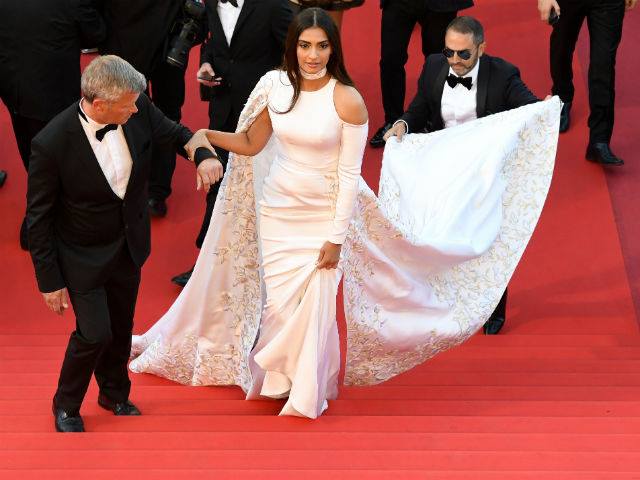 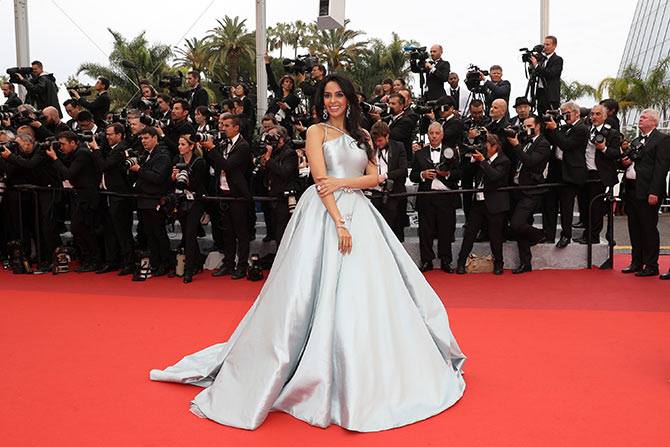 India’s Aishwarya Rai Bachchan , Sonam Kapoor & Mallika Sherawat dazzled everyone at the Red Carpet of 69nth Cannes International Film Festival. While it was Aishwarya’s 15nth appearance at Cannes, Sonam Kapoor & Mallika Sherawat have been coming regularly as well and their fashions were certainly the talk of Cannes. Aishwarya also attended the premiere of Sarabjit with the entire team (Randeep Hooda was absent as he’s still recovering from appendicities operation ) while Mallika Sherawat was promoting her upcoming Chinese film. Besides these three actresses, FREIDA PINTO & AMY JACKSON were also there at Cannes!

Sixth Annual Ghanta Awards for the worst in Hindi cinema was celebrated at Mumbai’s JP Marriott Hotel in the presence of many bollywood stars like Naseeruddin Shah, Ratna Pathak Shah, Arshad Warsi, Manish Paul, Dia Mirza & Maria Goretti amongst others and like every other year, none of the winners were there to collect the awards.

Rajshri Picture’s Prem Ratan Dhan Payo was the big winner as it collected many awards and the list is: 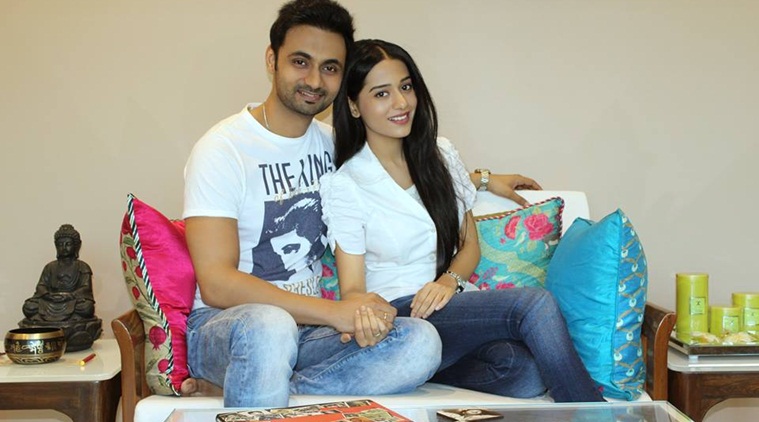 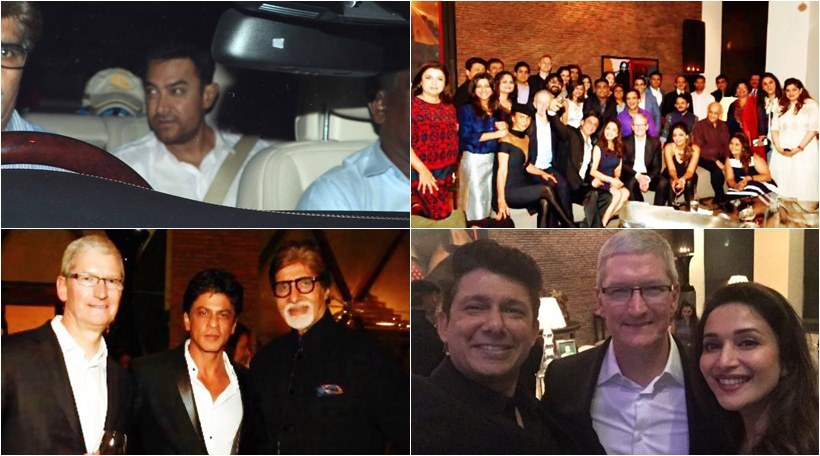 Celebrations were still going on after Preity Zinta & Bipasha Basu marriage when many were startled to find that Amrita Rao, the lovely actress of Ishq Vishq, Main Hoon Naa & Vivah, married Radio Jockey Anmol on May 15nth in Mumbai! After gloomy news of bollywood break ups for some time, it’s now confirmed that Malaika Arora Khan has moved back with Arbaaz Khan while Nargis Fakhri – Uday Chopra, after their news of breakup, are still very much together and everyone’s heartthrob Salman Khan will marry his Romanian girlfriend Lulia Vantur on Dec.27,2016.

Superstar Shah Rukh Khan hosted a grand bash for Apple CEO, Tim Cook, at his residence Mannat. SARBJIT audio launch was a star studded affair as all the singers sang to their heart content and the premiere was attended by Amitabh & Jaya Bachchan, Aishwarya Rai & Abhishek Bachchan, Randeep Hooda, Richa Chadha, Darshan Kumar, Omung Kumar & the producers Jacky & Bhushan Kumar. Sarbjit has been declared tax free in UP but it’s 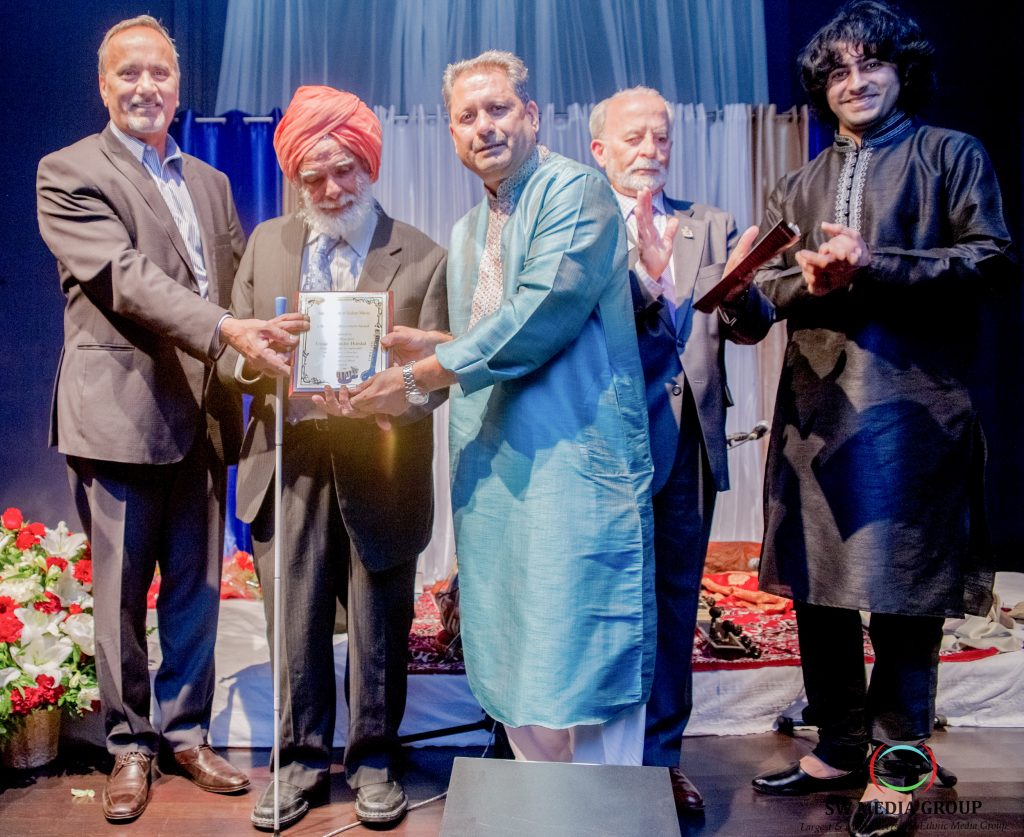 been banned in Pakistan. Sitarist Pt. Harvinder Sharma & NDP MLA Harry Bains presenting Life Time Achievment award to musician & teacher DEVINDER S. HUNDAL and with that it’s time to say good bye but not before reminding you all to watch this week’s YAADEIN with Sitarist Pandit Harvinder Sharma on Sunday, May 22 @ 1 PM on SMC#116!