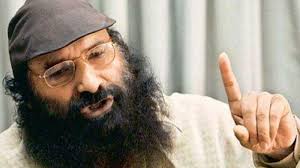 New York: Stepping up action against terrorists attacking India, President Donald Trump’s Administration has declared Hizb-ul Mujahideen (HM) a “global terrorist organisation” in an attempt to choke off financial and other support to it.

The State Department announced in Washington on Wednesday that HM, which carries out attacks in Kashmir, has been designated as both a Foreign Terrorist Organisation and a Specially Designated Global Terrorist group under two different regulations.

The action follows the designation of HM’s leader Mohammad Yusuf Shah, who is also known as Syed Salahuddin, as a global terrorist by the US government in June.

The Department said: “These designations seek to deny HM the resources it needs to carry out terrorist attacks.”

As a result, any property or financial interests in the US or where it has jurisdiction are blocked and people are prohibited from aiding it.

Calling HM “one of the largest and oldest militant groups operating in Kashmir”, the Department noted that Salahuddin had claimed responsibility for several attacks including one in 2014 in Kashmir that injured 17 people.

Salahuddin operates openly in Pakistan and in the part of Kashmir under its occupation.

After the US declared him a global terrorist, he told a Pakistani TV channel that he could strike anywhere in India at any time and that he could get weapons from Pakistan.

He also held a press conference in Muzaffarabad where he said that Israel and India were behind the action and said that the US did not appreciate what he claimed were Pakistan’s efforts as “a frontline state” in the war on terror.