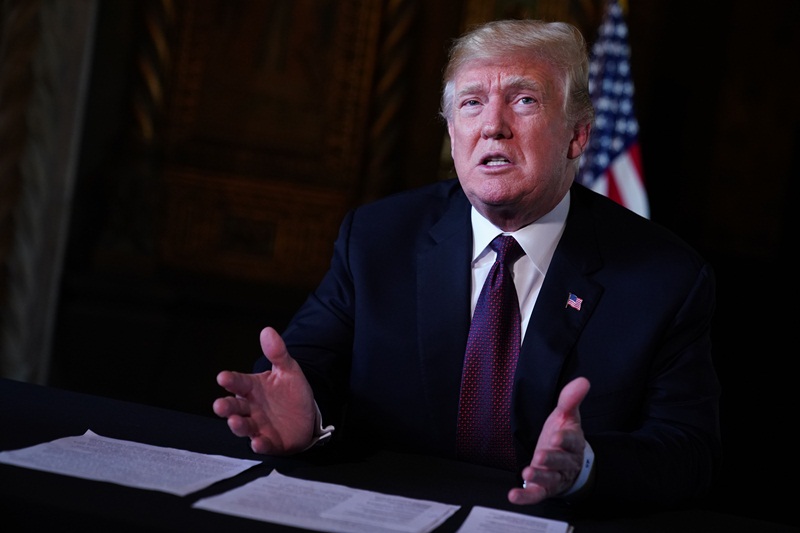 Washington: The Democrat-controlled US House of Representatives has passed a legislative package aimed at ending the partial government shutdown without paying for President Donald Trump’s border wall, drawing a veto threat from the White House. The first bill passed by the House on Thursday in a 239-192 vote was a continuing resolution funding the Department of Homeland Security through February 8 that would not allocate any new wall spending. Five Republicans joined Democrats in approving the legislation.

Then, the House voted 241-190 to approve funds for six agencies, including Departments of State, Commerce, Agriculture, Labour, Treasury and other agencies through September 30, the end of the current fiscal year, CNN reported. The package will now go to the Republican-controlled Senate, where it is expected to be blocked. This will leave congressional Democrats and the administration at a stalemate, with the partial shutdown no closer to getting resolved. It has affected hundreds of thousands of federal workers who have either been furloughed or have had to work without pay.