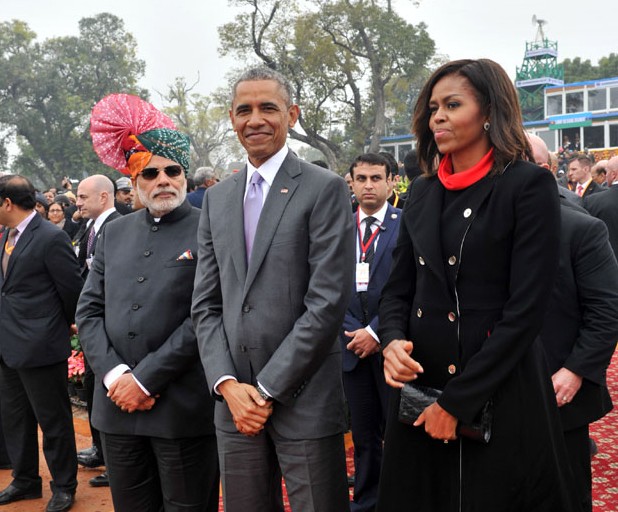 Washington, Jan 26 (IANS) President Barack Obama’s historic visit to India received prominent coverage in US media with major newspapers focusing on the breakthrough on the nuclear deal and splashing pictures of the pomp and pageantry.

The influential New York Times carried on top of the front page a four-column picture of Obama reviewing the guard of honour at Rashtrapati Bhavan captioned “Pomp and Progress”.
A detailed story inside was headlined “Obama clears a hurdle to better ties with India”.
The web editions of the Times, the Washington Post, the Wall Street Journal and some other papers splashed several pictures of the visit in separate photo galleries.
The Post pointed to the coverage inside with a small single column picture of Obama sipping tea with a laughing Prime Minister Narendra Modi by his side.
The caption read: “An understanding: President Obama begins a three day trip to India and cites a breakthrough on nuclear impasse.” 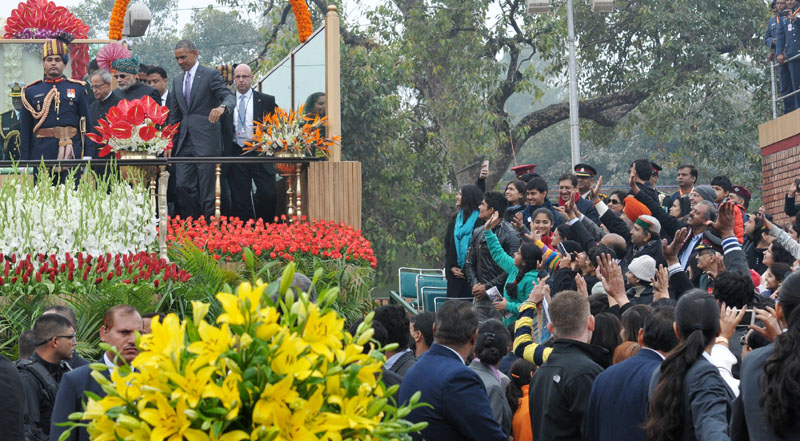 Inside under a six-column centre spread in the middle, the Post spoke of “A ‘breakthrough’ understanding on nuclear issues in India”.
Underneath was a six-column bottom spread about Modi’s wife headlined “If he comes I will go: wife of India’s leader, a child bride was kept a secret” with a single column picture of Jashodaben in a red sari.
The Washington Times carried on the front page a three-column picture of Obama showering rose petals on Mahatma Gandhi’s samadhi at Raj Ghat with the caption reading “Making history in India” and a detailed story inside.
The Chicago Tribune published from Obama’s home town too carried a small single column picture of Obama sipping tea on the front page with the caption reading “US, India declare a new partnership” with a detailed story inside.
The Los Angeles Times, however, chose to focus on lack of progress on climate change with a two-column front page picture of the smog-covered Indian capital.
Under the picture captioned “A layer of smog shrouds New Delhi” was a story headlined: “India’s premier rejects US call for climate goal”.
The ‘breakthrough’ on the nuclear deal took the back seat with a smaller type subheading reading: “Obama does manage to make progress on a deal to build nuclear reactors for energy”.