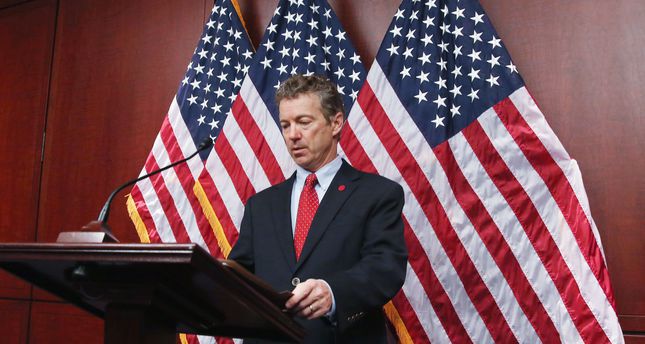 Washington, April 7 (IANS) US Senator Rand Paul, a Republican, on Tuesday officially joined the race for 2016 presidential race, media reports said.
“I am running for president to return our country to the principles of liberty and limited government,” he said, according to a Xinhua.
The Kentucky senator is so far the second to join the 2016 presidential candidacy race. Republican senator from Texas, Ted Cruz, a darling of the conservative Tea Party, did so on March 23.
Paul is scheduled to start his campaign with a rally in the city of Louisville, in Kentucky, followed by a five-day tour of five states — Kentucky, New Hampshire, South Carolina, Iowa and Nevada.
Paul has been a Republican senator since 2011. His father, Ron Paul, a former Texan Congressman, is an icon in the libertarian community.
Analysts believe that Paul’s left-libertarian leanings may make him the candidate of choice for disaffected free marketers.