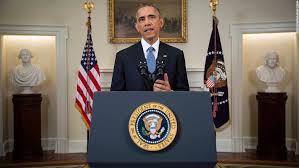 Antalya (Turkey), Nov 16 (IANS) US President Barack Obama on Monday said Washington is sharing intelligence and information faster with France in the aftermath of Paris terror attack, but he refused to commit more US troops to fight the Islamic State.
“We’re streamlining the process by which we share intelligence and operational military information with France,” Obama said at a press conference at the conclusion of the G20 Summit here.
“This will allow our personnel to pass threat information, including on the IS, to our French partners even more quickly and more often, because we need to be doing everything we can to protect against more attacks and protect our citizens,” he was quoted as saying by Xinhua.
Counter-terrorism was among the top agendas at the G20 summit following the Paris attack on Friday night, which killed at least 129 people.