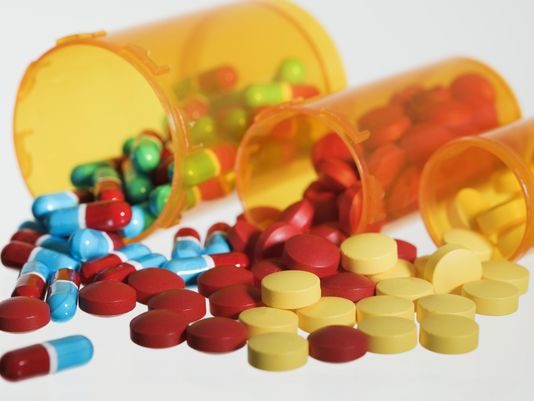 By Matt Volz, The Associated Press

Helena, Montana: U.S. prosecutors plan to ask the Canadian and British governments to extradite officials with an online pharmacy on charges of smuggling $78 million worth of mislabelled, unapproved and counterfeit cancer drugs into the country to sell to doctors.

Fourteen companies and individuals from Canada, the United Kingdom, Barbados and the U.S. are accused of participating in the conspiracy that involved falsifying customs declarations for shipments from the U.K., according to the criminal indictment.

Winnipeg-based Canadadrugs.com and its CEO, Kristjan Thorkelson, are accused of spearheading the conspiracy, aided by a subsidiary in the U.K., River East Supplies Ltd., and two subsidiaries in Barbados, Rockley Ventures Ltd. and Global Drug Supply Ltd.

Only the one U.S.-based defendant of the 14 named has appeared in two previous court hearings in the case.

U.S. officials will now seek assistance through extradition treaties to detain Thorkelson, other Canadadrugs.com officers and their representatives in the U.K., Assistant U.S. Attorney Chad Spraker said in a recent court filing.

“The United States anticipates that service through the foreign governments will take place before the proposed initial appearance date during the week of January 11, 2016,” Spraker said in the filing.

The British Home Office and London’s Metropolitan Police Service said they can’t comment on extradition warrants for individuals until an arrest has been made. The court filing did not say whether a similar request was being made to the government of Barbados, and a spokeswoman for that country’s attorney general did not immediately return a call for comment.

A spokesman for Canadadrugs.com also did not return a call for comment.

The online pharmacy first came to the attention of federal prosecutors in Montana after the company acquired a pharmaceutical company called Montana Healthcare Solutions in 2010, allowing Canadadrugs.com to begin direct sales to doctors.

The medicines named in the criminal indictment are mainly drugs that treat cancer or the effects of chemotherapy. Nearly all of the drugs are legal in the U.S. when sold by FDA-approved manufacturers and marketers.

Canada Drugs’ affiliates bought their non-FDA authorized or mislabelled drugs abroad, and shipped them to the United States to sell to physicians at lower prices compared with the U.S. equivalents, according to the indictment. The money went to the company’s Barbados affiliate, which would then send the profits to Canada, the indictment said.

Prosecutors said sales went on until 2012, when the FDA began investigating the company’s involvement in distributing counterfeit versions of the cancer drug Avastin.

The one defendant to appear in court, Downers Grove, Illinois, resident Ram Kamath, entered into a deferred prosecution agreement with prosecutors. Under the agreement, Kamath has a certain amount of time to complete unspecified requirements of the deal to avoid prosecution.

Kamath was director of pharmacy policy and international verifications for an unnamed company, for which he inspected storage facilities kept by Internet pharmacies. He stored some of the counterfeit drugs in his home while Canadadrugs.com recalled them to the U.K., prosecutors said.