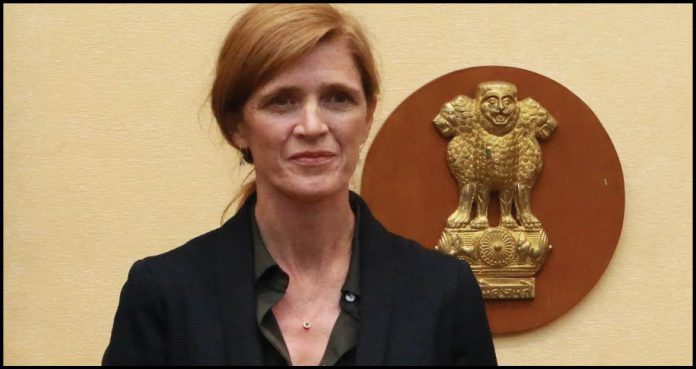 New Delhi (AP): The head of the U.S. government aid agency called on China on Wednesday to help Sri Lanka and other nations that had borrowed heavily from Beijing with debt restructuring, not just with lines of credit and emergency loans.
Samantha Power, the administrator for the U.S. Agency for International Development, contrasted India’s “critical’’ measures to aid Sri Lanka during its worst economic crisis with the two decades during which China offered “opaque loan deals at higher interest rates than other lenders’’ and financed infrastructure projects that often served little practical use. “The biggest question of all is whether Beijing will restructure debt to the same extent as other bilateral creditors,’’ she said during a visit to India, warning that the crisis in Sri Lanka, albeit a result of different factors, wasn’t unique. Several countries in Africa and Asia were similarly hoping that their calls for restructuring debt would be answered. “It is really essential that Beijing participate in debt relief transparently and on equitable terms with all other creditors,’’ Power said. Sri Lanka is bankrupt and has suspended repayment on its $51 billion foreign loans. The crisis has led to severe shortages of fuel, cooking gas and medicine and long lines for essential supplies, which led to massive protests and the ouster of President Gotabaya Rajapaksa. The government is in the process of preparing a debt restructuring plan, a condition for a rescue package it is negotiating with the International Monetary Fund. China, which accounts for 10% of Sri Lanka’s debt, has resisted offering a debt
cut.
By Aniruddha Ghosal

Heat warnings for much of B.C. with temperatures up to 40 C through to Saturday