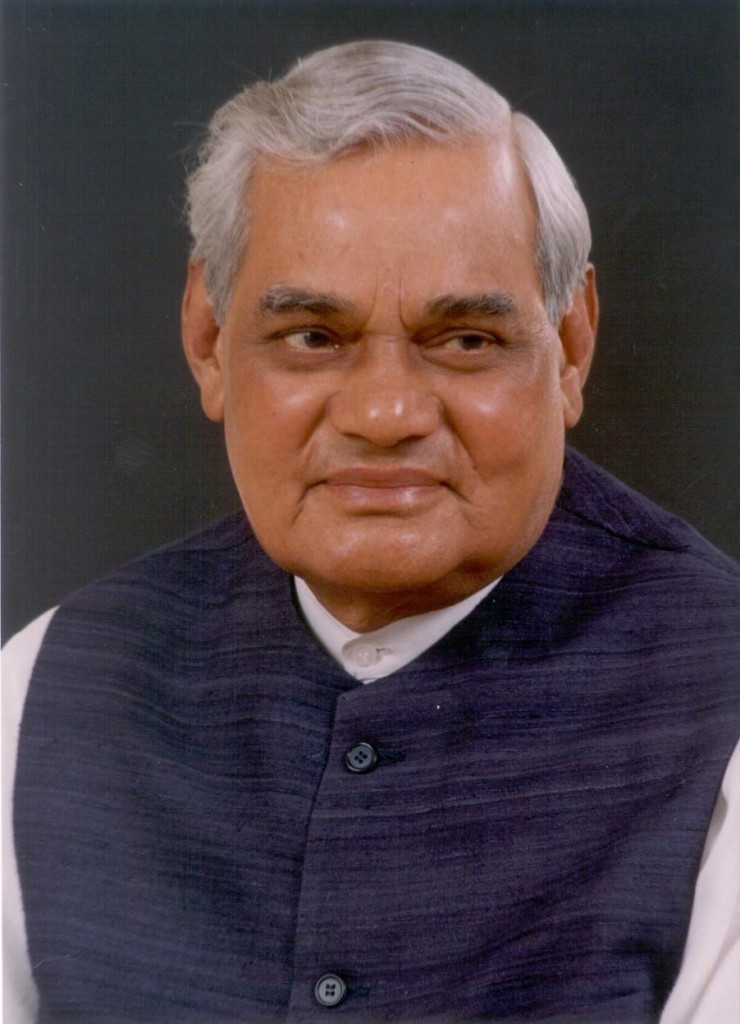 New Delhi: Former Prime Minister Atal Bihari Vajpayee, the moderate face of the BJP who attracted allies and formed the first saffron government at the Centre in the 1990s, died here after a long illness.

The 93-year-old leader, who had faded from public life for more than a decade following health complications and was admitted to AIIMS with kidney infection and chest congestion on June 11, breathed his last at 5.05 p.m., said a statement from the All India Institute of Medical Sciences (AIIMS).

“It is with profound grief that we inform about the sad demise of former Prime Minister Atal Bihari Vajpayee.

“Unfortunately, his condition deteriorated over the last 36 hours and he was put on life support system. Despite the best of efforts, we have lost him today,” the statement said.

Vajpayee was said to be stable for the last nine weeks but his health suffered a setback on Sunday and worsened on Wednesday.

That things were bad was visible from the fact that Prime Minister Narendra Modi made two visits to AIIMS in the last two days and leaders from across the political spectrum made a beeline to the hospital on Thursday.

Modi convened a meeting of the Union Cabinet which condoled the death of the BJP patriarch and declared a seven-day national mourning and a state funeral for him on Friday.

The national flag will be flown at half mast throughout India and there will be no official entertainment during the period of state mourning.

BJP President Amit Shah said Vajpayee’s body, which was brought to his Krishna Menon Marg residence, will be taken to the party headquarters at 9 a.m. on Friday and would be cremated at Smriti Sthal on the banks of the Yamuna at 4 p.m.

The funeral procession will start at 1 p.m.

Rich tributes poured in from all sides for Vajpayee who had the reputation of having no enemies in politics.

Modi described the passing away of Vajpayee as “the end of an era” and a big loss for the country. Every Indian and BJP worker would continue to be guided by his vision, he said.

President Ram Nath Kovind said Vajpayee was a “true Indian statesman” whose “leadership, foresight, maturity and eloquence put him in a league of his own”.

Advani, Vajpayee’s long-term associate, observed that the former Prime Minister will be remembered as the pioneer of the first-ever stable non-Congress coalition government at the Centre.

Tributes poured in from opposition leaders including former Prime Minister Manmohan Singh and the Chief Ministers of West Bengal, Odisha, Andhra Pradesh and Delhi, describing Vajpayee as a great son of India, a statesman and one of the country’s tallest leaders.

Former Home Minister P. Chidambaram said Vajpayee was a man of great wisdom, tolerance and compassion and as long as he was at the helm, he anchored the BJP close to the middle and didn’t allow it to swing to the extreme right.

Vajpayee will be remembered for his famous remarks sitting by the side of Modi, then the Gujarat Chief Minister, that the government should follow the “raj dharma” (duty of rulers) in the aftermath of the 2002 post-Godhra riots.

Vajpayee was in public life for more than five decades and was elected to the Lok Sabha 10 times and the Rajya Sabha twice. Elected to the second Lok Sabha in 1957 on a Jana Sangh ticket, even as a back bencher Vajpayee had drawn Jawaharlal Nehru’s attention with his eloquence.

The former Prime Minister, whose birthday on December 25 is celebrated as Good Governance Day, was honoured with the Bharat Ratna in 2014 at his home.

Vajpayee, whose more than six-year term was marked by a peace initiative with Pakistan and the 1998 Pokhran nuclear tests that invited US sanctions, was a bachelor and leaves behind a foster family.

Though Advani was credited with the rise of the BJP from the late 1980s on the Ayodhya temple issue with his hardline politics, it was Vajpayee’s moderate stance that took the party close to power.

He was the Prime Minister for 13 days in mid-1996 at the head of the first BJP government. He was forced to resign ahead of the confidence vote as he failed to muster the numbers.

However, Vajpayee again became the Prime Minister in March 1998 with improved numbers and new allies like the TDP, the AIADMK, the National Conference and the Samta Party.

But his government fell 13 months later on the floor of the Lok Sabha losing by one vote in the confidence motion after the AIADMK headed by the late J.Jayalalithaa withdrew support to the BJP.

The BJP government headed by Vajpayee returned to power in 1999 and completed almost its full term till 2004 when the party lost in the polls called earlier than scheduled.

Vajpayee was known for his lavish praise of Indira Gandhi as Durga on India’s victory over Pakistan in the 1971 war of Bangladesh independence.

He had a flair for foreign policy issues and the then Prime Minister Narasimha Rao chose him to lead an Indian delegation to the UN Human Rights conference to counter Pakistan’s campaign for Kashmir.

Vajpayee had a long association with the RSS and the Bharatiya Jana Sangh which merged to form the Janata Party in the post Emergency period when he was jailed along with numerous opposition leaders.

And in 1980, he, Advani, Joshi and other leaders founded the BJP of which he was the first President.