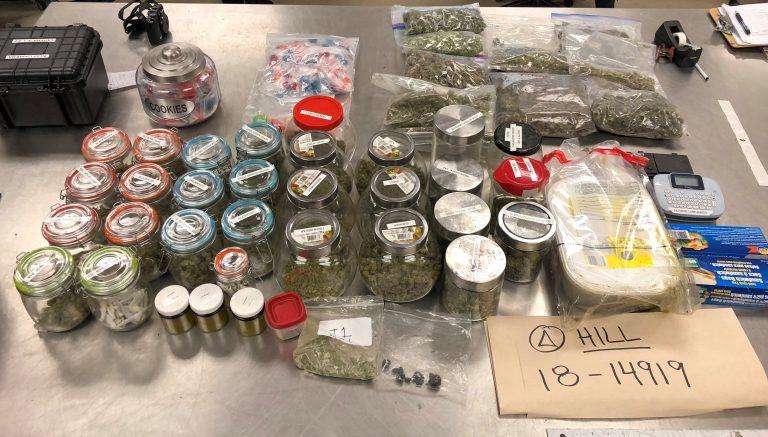 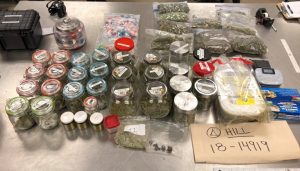 Vancouver: Vancouver Police have arrested four individuals, plan to arrest a fifth, and have recommended 11 criminal charges, in relation to illegal marijuana vending in the 800-block of Robson Street at the Vancouver Art Gallery.

“We have been working with the City of Vancouver and monitoring the situation in the 800-block of Robson street for several months now,” said VPD Deputy Chief Constable Howard Chow. “Our response has been incremental. However, at each stage, the vendors have refused to co-operate, and concerns around public safety have increased. As such, we have had to escalate our response.”

This is the first phase of arrests as part of Project Apprentice, which is the culmination of considerable work by police on this issue over the past six weeks. Investigators are anticipating more charges and more arrests as this project continues.

So far, Vancouver Police have seized:

Forty-two-year-old David Hill of Vancouver has been charged with one count of trafficking in a controlled substance and one count of possession for the purpose of trafficking. The names of the remaining people arrested will be released once criminal charges are approved by Crown Counsel.

All individuals have been released with the conditions not to be found in the 800-block of Robson Street. A Vancouver man in his 20s was arrested yesterday for breaching his release condition after returning to the site.