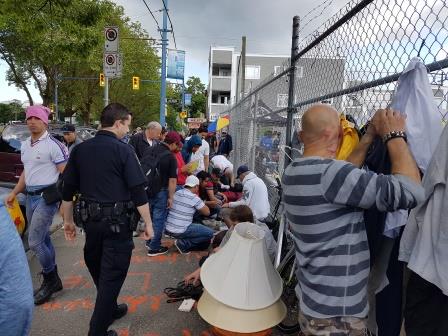 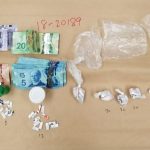 Vancouver Police are expanding patrol activities in the Downtown Eastside to improve public safety. An increased number of police officers will be on-foot in the area to proactively address issues around street disorder and prevent violence.

“In recent months, there has been a significant increase in street disorder, including violent altercations, which has led to heightened concerns from the elderly, people with mobility issues, and businesses,” says Sergeant Jason Robillard, Media Relations Officer, VPD. “We are working with the community to try to make the neighborhood safe for everyone.”

Police have noted a considerable spike in street disorder in recent months and that vulnerable people are being taken advantage of by others coming in from outside of Vancouver to commit crimes, like dealing drugs and selling stolen goods.

In the past several weeks, police have received numerous complaints from locals, including seniors, small businesses, and people in wheelchairs, noting that they cannot access their buildings and other essential services because of the unsafe use of sidewalks.

Since Sunday, the initiative has already had a significant impact: ten arrests have been made – six for outstanding warrants, two for the breach of orders, and two for mischief – and officers have seized $4,500 in drugs (fentanyl, cocaine, and meth) and $3,000 worth of stolen property.

As part of this safety initiative, VPD’s homeless outreach coordinator will work with patrol members and partner organizations to help connect people without homes, or who are living with mental illness or addictions, with appropriate resources.