Asian Journal
Home Headlines Vancouver’s vacant homes in line with other cities, but condos most likely... 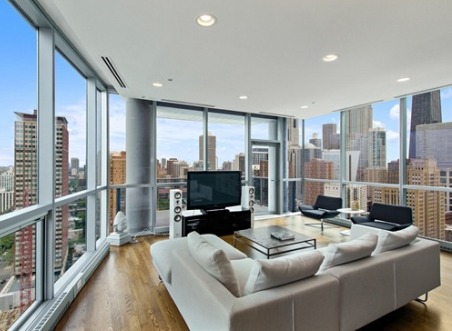 Vancouver‘s rate of vacant homes is in line with other big cities and has been flat since 2002, but the vast majority of empty units are condominiums, a landmark study has found.

City staff and software company Ecotagious Inc. examined the electricity consumption of 225,000 homes in Vancouver over 12 years in response to growing public concerns that empty homes were driving up prices and leaving some neighbourhoods nearly abandoned.

The study, presented to city council Tuesday, found the residential non-occupancy rate was 4.9 per cent in 2002 and 4.8 per cent in 2014, although the number of empty units rose from 8,400 to 10,800 due to overall growth in housing stock.

“We know that there are thousands of units of empty homes that potentially could be available for rental, when we have one of the tightest rental markets in the world,” Mayor Gregor Robertson told council after the presentation.

“This could be a great new supply of housing _ thousands of units that could be available and also generate revenue for their owners.”

Council unanimously passed a motion for the mayor to write to Premier Christy Clark to reiterate a request made in May 2015 for municipalities to have the legal tools to track property ownership and ensure timely occupancy of empty units.

The motion also asked staff to report back this year with recommendations for specific policy and regulatory steps the city, province or federal government could take to address empty homes based on consultation with experts and residents.

The report effectively dispels the notion that investors are buying single-family homes in Vancouver and leaving them empty, driving up prices and reducing supply.

City housing planner Matthew Bourke said there doesn’t appear to be a correlation between empty homes and housing prices, given that the vacancy rate remained flat while prices skyrocketed.

Single-family and duplex housing units showed low and relatively stable non-occupancy rates of one per cent between 2002 and 2014, the report found.

Bourke told council that about 70 per cent of single-family homes marked as vacant in 2014 were found to be waiting for a renovation permit.

Coun. Kerry Jang said the report raises the question of whether the idea that foreign buyers are parking their money in Vancouver is really just a “myth.”

“If it was foreign buyers, you would see spikes all over the place or in particular parts of town, but it’s all really just condos,” he said.

The geographical region of Vancouver that includes the pricey west side had the highest overall non-occupancy rate at 7.4 per cent, while the rate downtown was six per cent.

The study was completed using anonymous BC Hydro data from 225,000 out of the approximately 280,000 homes in Vancouver.

A vacant home shows less variability in electricity use on a day-to-day basis. A home was categorized as vacant for one year if it registered as unoccupied for each of four months when heat isn’t used _ August, September and the following June and July.