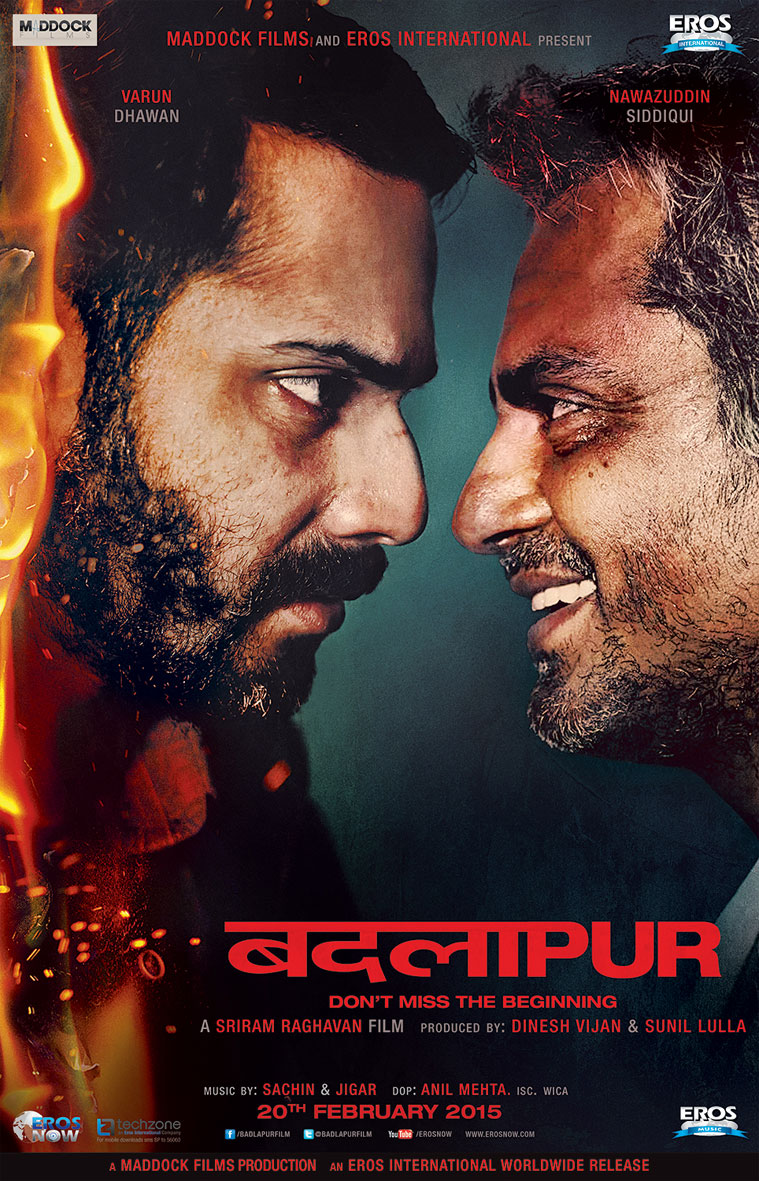 Varun Dhawan, the youngest son of director David Dhawan & younger brother of director Rohit Dhawan, is changing gear with an out and out revenge film Badlapur, which releases this week, and it’s to be seen how the audiences will respond to this changing image. Varun, who started as an assistant director to Karan Johar for his much appreciated My Name Is Khan (2010), was launched by Karan himself with his much hyped Student of the Year (2013), which also saw the launch of Siddharth Malhotra & Aliya Bhatt. The super success of the film brought an instant recognition to Varun and 2014 saw the release of Main Tera Hero with Varun romancing Ileana D’cruz & Nargis Fakhri and Humpty Sharma Ki Dulhaniya with Aliya Bhatt and not only he walked away with appreciation from audiences & critics alike but the films were well received at the box-office and declared hits. Amidst all this, Sriram Raghavan, the director who introduced Neil Nitin Mukesh in Johnny Gaddar & tried to give a new image to Saif Ali Khan in Agent Vinod, saw the potential and chose Varun Dhawan for his revenge drama Badlapur, which also stars Huma Qureshi, Yami Gautam, Nawazuddin Siddiqui & Vinay Pathak and if the reports are to be believed then not only Varun has distinguished himself but he could walk away with audiences response and even a few awards as well. Not only it’s a change from his romantic image of earlier films but it also showcases Varun like never before and as confident Varun readies himself for his biggest test, the positive audience response would also herald the era of new breed of youngsters like Varun, who’re ready to accept any challenge and present themselves in challenging roles to prove their versatility! 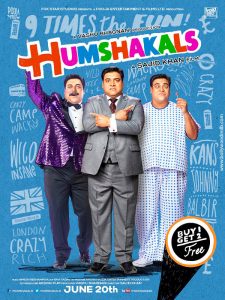 The Bollywood award season may be over but the Annual Golden Kela Awards, modelled on the popular Hollywood’s Golden Raspberry Awards, has just announced their list of 2014 Golden Kela Awards, honoring the worst in Bollywood, and Sajid Khan’s Humshakals tops the list with maximum nominations. Humshakals, panned by critics, got the nominations for worst film, worst director Sajid Khan, worst actor Saif Ali Khan, worst jodi of Saif Ali Khan & Ram Kapoor and worst song, while Sonakshi Sinha got three nominations as Worst Actress for her performances in Action Jackson, Lingaa & Holiday. Ajay Devgun has the dubious distinction of being nominated for Worst Actor in Action Jackson & Singham Returns while super hit films like Salman Khan’s Kick, Hrithik Roshan’s Bang Bang & Shahrukh Khan’s Happy New Year are nominated in Worst Film category. Well, as always Asian Journal will bring you the full report soon for you all to know the Worst in hero, heroine, director, film & music categories! 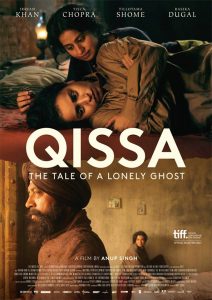 Lahore in undivided Punjab was a major center for film production in India, however, after partition the production of Punjabi films started dropping and barring a few social dramas with emphasis in quality music like Bhangra, Vanjara, Do Lachhiyan, Pind Di Kudi and Nanak Naam Jahaz Hai etc., there was nothing to cheer for in Punjabi films after independence with few films like Chan Pardesi ( 1980 ), Marhi Da Deeva ( 1989 ), Shaheed-E-Mohabbat Boota Singh, Shaheed Udham Singh & Waris Shah providing some relief. Yes, some of the new Punjabi films have been hits at the box-office and more films are being made nowadays but as far as quality films are concerned, only Anoop Singh’s Qissa is the one which has brought a new ray of light to Punjabi cinema. Made at a modest budget, the film stars Irfan Khan & Tisca Chopra in lead roles and if reports are to be believed, this film which won awards at many International Film Festivals but somehow never got theatrical release earlier, is a masterpiece classic and could revive the industry like never before. Already many new films have been announced and instead of the usual comedy films, the emphasis is now in the rich history of Punjab and if the State Govt. takes an initiative in supporting these projects then the future of Punjabi films look brighter for many years to come. Meanwhile, please support initiatives of mainstream actors like Irfan Khan & Tisca Chopra in Anoop Singh’s Qissa!!! 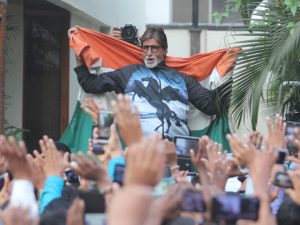 It was billed as the ‘Mother of all Cricket Matches’ and from Karachi to Mumbai and Dubai to London, all eyes & ears were on the India vs Pakistan cricket match at the ICC 2015 World Cup Cricket in Australia and it became the most watched cricket match when Star tv brought in Amitabh Bachchan as one of the commentator along with cricket legends like Kapil Dev, Shoaib Akhtar, Arun Lal & Rahul Dravid as more than 1 Billion people watched the game which ended in India’s triumph and the score reads 6-0 in India’s favour at World Cup Cricket. Not only Amitabh Bachchan became the first Bollywood celebrity to don the commentator box but his baritone voice captivated audiences from Lahore to Delhi and around the world and the Bollywood fraternity, once again, congratulated the thespian for a new beginning because I’m sure that more Bollywood personalities would be roped in for future mega matches, so stay tuned! 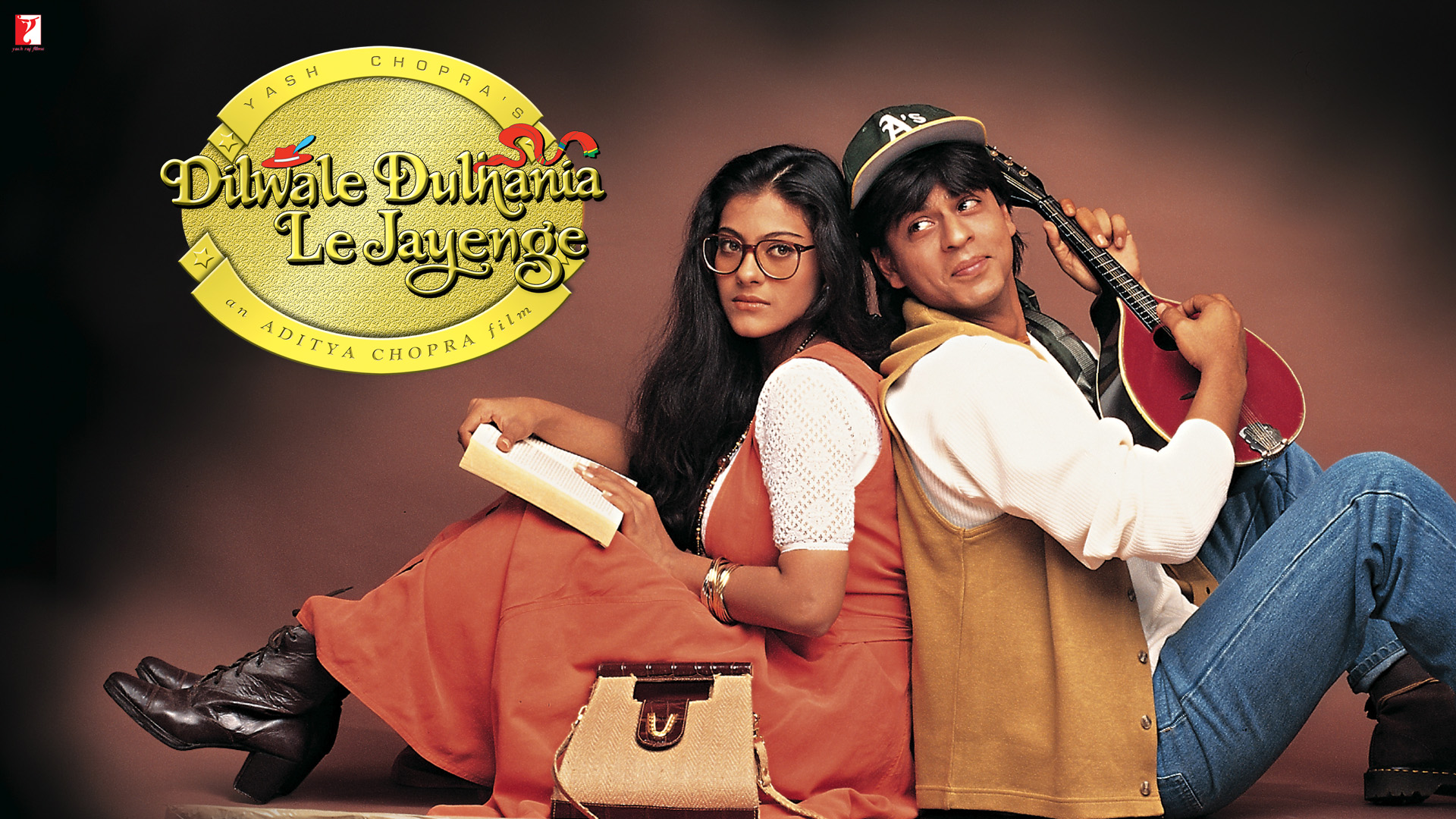 Finally after playing continuously for 20 years at Mumbai’s Maratha Mandir, Yash Chopra’s classic Dilwale Dulhaniya Le Jayenge played for the last time in front of over 200 enthusiasts and thus ended the longest run of any film which is already enshrined in many records; Producer D. Ramanaidu, who holds the Guinness Book Of World Record for producing 150 films in 13 Indian languages and was conferred the Dada Saheb Phalke award for his contribution to Indian films, passed away in Hyderabad of prostate cancer on February 18. Father of popular actor Venkatesh and producer of many popular Hindi films like Prem Nagar, Maqsad, Dilwaala, Tohfa etc., his funeral was attended by almost all of South India film industry while Sri Devi, Anil Kapoor & Jaya Prada were there as well; Ranbir Kapoor’s first release of 2015 got affected by India vs Pakistan cricket match as collections came down drastically after a good start, however, the film managed to collect Rs. 40 Crores in the first week which is quite good considering that Ranbir only had special appearance in this otherwise Arjun Rampal-Jacqueline Fernandez film but all eyes are on this week’s releases of Badlapur & Punjabi film Qissa and it’s to be seen if their collections would be disrupted by India vs South Africa cricket match which is slated for this Sunday; Nagesh Kukkunoor’s Dhanak won two major awards at Berlin International Film Festival and with that, it’s time to say goodbye but not before reminding you all to watch this week’s Yaadein featuring Madhubala, who passed away at the young age of 36 on February 23, 1969, on Sunday, Feb.22nd at 1 PM on SMC # 116 and Finaaly, Gung Ho Fat Choy or Happy Chinese Lunar Year to all!