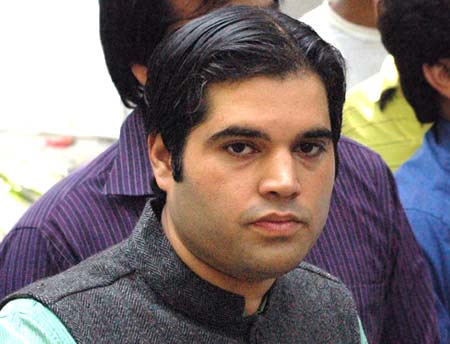 Indore: In a fierce attack on his own party’s government, BJP MP Varun Gandhi said that in the last two years, over 50,000 debt-ridden farmers had committed suicide while nothing had been done about business tycoon Vijay Mallya who had fled with a Rs 10,000 crore loan unpaid.

“In the last two years, over 50,000 depressed farmers had committed suicide over small amounts while statistics only say the figure is 7,000 per year. While Vijay Mallya fled the country with a Rs 10,000 crore loan outstanding and nothing has been done about him,” he said at a programme in a private college here on Tuesday.

He further noted that the person named as guarantor of the loan has only Rs 1,100 in his account and is in jail, while Mallya is freely roaming the world.

Dwelling on the inequality in the country, the firebrand leader said on one hand, two lakh people live on the footpath in Mumbai, while a family of four owns a palatial house. He noted that there are 95 Indians whose total assets are more that Rs 5,000 crore though there was no one at this level in 1991.

Gandhi, the MP from Uttar Pradesh’s Sultanpur but currently sidelined in the ongoing election campaign in the state, also attacked the Narendra Modi government over the declining income of farmers and the state of health services.