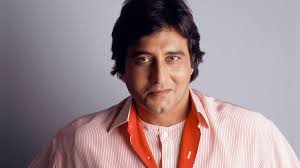 Khanna was hospitalised over a month ago for cancer but the family then remained tight-lipped about his condition.

Prime Minister Narendra Modi and President Pranab Mukherjee condoled the demise of Khanna, who is survived by his former wife Geetanjali and their sons Akshaye and Rahul, who are now actors, and his present wife Kavita and son Sakshi and daughter Shraddha.

The senior Khanna was admitted to Sir H.N. Reliance Foundation Hospital in the first week of April.

In a brief statement, the hospital said Khanna breathed his last at 11.20 a.m. due to advanced bladder carcinoma.

Khanna’s funeral will be held at a crematorium in Worli here this evening.

“Saddened to know about the demise of one of the greatest legends of Indian cinema,” Maharashtra Chief Minister Devendra Fadnavis said.

“We have lost an eminent personality who played a variety of roles in his film career and later in his social-political life. His contribution, both in films and as a minister, will always be remembered,” Fadnavis added.

The actor was Bharatiya Janata Party (BJP) member of the Lok Sabha from Gurdaspur in Punjab. He was into his fourth term as MP from the seat.

Khanna debuted in Bollywood in 1968 with “Man Ka Meet” as a villain. After playing various supporting roles in movies like “Purab Aur Paschim”, “Sachaa Jhutha” and “Mastana”, he got his first big break as a lead in 1971 with “Hum Tum Aur Woh”.

Filmmaker Subhash Ghai called Vinod Khanna a “real handsome man” both on and off screen.

“He celebrated his life with love and dignity and compassion for others and in service to his nation as MP,” Ghai said.

Born in Peshawar (now in Pakistan) in a business family, he attended St. Mary’s School in Mumbai and St. Xaviers High School and Delhi Public School in Delhi and later the Barnes School, Nashik.

He graduated in B.Com from Mumbai’s Sydenham College.

Initially, he started with small roles and grew to playing mostly villains opposite some of the biggest names of that era before seamlessly graduating to lead characters.

At the height of his career, Khanna suddenly took ‘sanyas’ in 1982 to become a disciple of Bhagwan Rajneesh, the founder of Osho, and lived in Pune for five years.

He returned to Bollywood in 1987 and simultaneously got into electoral politics.

He avenged his defeat in 2014 by winning from Gurdaspur for the fourth time.

Khanna remained popular in the constituency despite accusations that he remained absent from the area most of the time.