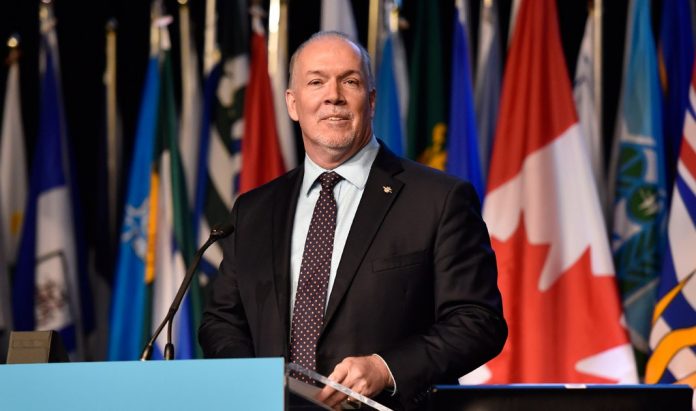 Sports fans in British Columbia and around the world can catch the action of high-stakes basketball competition as Victoria takes centre court to host the International Basketball Federation (FIBA) Olympic qualifier.

“With the Olympic and Paralympic Games set to go forward this summer, I am thrilled that Victoria is welcoming one of the Olympic basketball qualifiers,” said Premier John Horgan. “Sports have had a profound impact on my life and made a positive difference in the lives of countless British Columbians. Not only will this event give kids and young athletes the chance to be inspired by some of the most talented players in the world, it is an excellent way to showcase to the world that B.C. is a destination of choice for safe events as we take careful steps toward putting the pandemic behind us.”

The FIBA Olympic qualifier takes place June 29 to July 4, 2021. The tournament is a major step for basketball in the lead up to the 2020 Olympic and Paralympic Games in Tokyo. In support of this hosting opportunity, the Province is providing $650,000 through the Major Events Program and Tourism Events Program. On June 25, 2021, the provincial health officer approved variances to the Provincial Health Officer Gatherings and Events Order to allow for 10% of the available seats to be occupied by spectators on July 1, 3 and 4.

“This is an incredibly exciting time for the province. Canada’s Dream Team is coming to centre court in Victoria,” said Melanie Mark, Minister of Tourism, Arts, Culture and Sport. “This global tournament will shine a light, not only on Victoria, but also on our incredible athletes as we come together to celebrate sport.”

Teams from Canada, Greece, China, Uruguay, Czech Republic and Turkey will compete in a series of games with the winner securing a spot in the Tokyo Olympic Summer Games. The tournament will be broadcast on CBC and streamed on CBC.ca and the DAZN sports streaming service.

“I want to thank the Government of B.C. for supporting our efforts to bring a world-class, high-profile event to Victoria through incredibly challenging times,” said Clint Hamilton, chair of the Friends of Victoria Basketball Society, the local organizing committee for the FIBA Olympic qualifying tournament. “This event celebrates Team Canada’s appearance at the Olympic level, highlights B.C.’s resilient sport sector and showcases Canada’s men’s team as serious medal contenders in Tokyo.”

The tournament will be played on the same floor where the Toronto Raptors won their NBA title. Friends of Victoria Basketball have purchased the floor from the Oracle Arena in California specifically for the Victoria’s FIBA Olympic qualifiers.