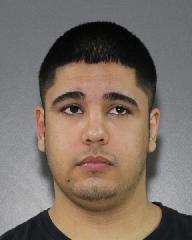 Surrey: A man wanted in connection with a stabbing in Surrey, which occurred on December 13, 2018, has been arrested in Alberta.

The stabbing, which occurred outside of a business in the 13400 block of 72 Avenue in Surrey shortly after 5:00 pm, resulted in serious injuries to a man in his 50’s. The suspect fled the scene prior to police being called. Police believe this incident was a targeted attack.

On January 28, 2018, a charge of Attempted Murder was laid and a Canada wide arrest warrant was issued for 21-year-old Anhad Virk.

The Surrey RCMP General Investigation Unit continued the investigation into the whereabouts of Virk, and with the collaboration of the Edmonton Police Service, he was located and arrested in Edmonton, Alberta on January 30, 2019.

Anhad Virk remains in-custody in Edmonton while arrangements are made for his return to Surrey where he will be brought before the court.

“We would like to thank the public and the Edmonton Police Service for their assistance in locating and arresting the suspect in this occurrence,” says Staff Sergeant Kirk Duncan, General Investigation Unit. “In particular, we would like to thank an alert member of the community who saw our media release and immediately notified police to the suspect’s whereabouts.”