Asian Journal
Home News ‘We are far from out of the woods’: Horgan cautions that COVID... 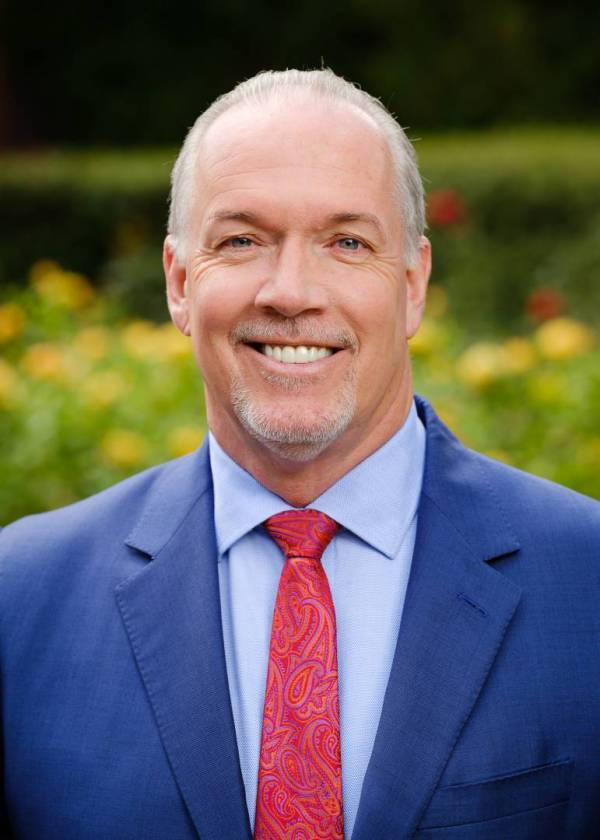 Victoria: Guidelines on health and safety for businesses and services in British Columbia to begin reopening will be available next week just as some restrictions are lifted in the province, says the premier.
John Horgan said at a news conference Wednesday that WorkSafe BC and public health officials have been working on guidelines following the COVID-19 pandemic for weeks.
“But I don’t want people to believe that on the 19th of May, all of a sudden, we are back to normal,’’ he cautioned.
Horgan said he respects and understands the anxiety people are feeling about returning to work, travelling or reopening of the
economy.
“This is not the flick of a switch. We are beginning Phase 2 of the restart next week,’’ he said.
WorkSafe BC will have guidelines for regulated medical services, dentistry and others, he said adding practitioners can take some “fairly educated guesses’’ on how they can protect their patients and workers.
Provincial health officer Dr. Bonnie Henry said B.C. had one more death from COVID-19 and 16 new cases in the past day. The total number of infected is 2,376 with 132 deaths.
Henry said retailers can look forward to slowly reopening after May 19 adding that stores capable of holding more than 50 people will be allowed to exceed that limit, provided social distancing can be kept.
“I know lots of people want clear rules that apply to everybody, but the reality is our path forward is individual, based on our unique circumstances. And that goes for businesses as well,’’ she said.
Horgan also said Wednesday that he spoke with National Hockey League commissioner Gary Bettman and pitched the idea of using Vancouver as a hub city to finish the season.
“Mr. Bettman and his team recognize that British Columbia has had a pretty positive response to COVID-19, in terms of flattening the curve,’’ said Horgan.
He said Bettman also knows B.C. is a hockey-crazy province that would be happy to have the game played here.
The premier said players would still need to self-isolate for two weeks if they came to B.C.
As the province moves through its restart plan, Horgan said the government will be focusing on aggressive marketing through Destination BC to promote “staycations.’’
“But it’s really difficult to talk about how we’re going to deal with July and August and September when we’re right in the heart of May and we’re trying to get the message to British Columbians that we’re not there yet,’’ he said.
That uncertainty was echoed by Henry at her daily update.
“The path really is not black and white, and that is the challenge that we are all going to face,’’ she said. “We’ve never done this before, and we all need to try and do our best.’’
Henry and Health Minister Adrian Dix encouraged B.C. residents to avoid all non-essential travel over the coming long weekend and if spending time with friends, to minimize the amount of time in close contact.
The Canadian Press
The provincial state of emergency has been renewed for two more weeks and Horgan said it would be in place for the “foreseeable future.’’