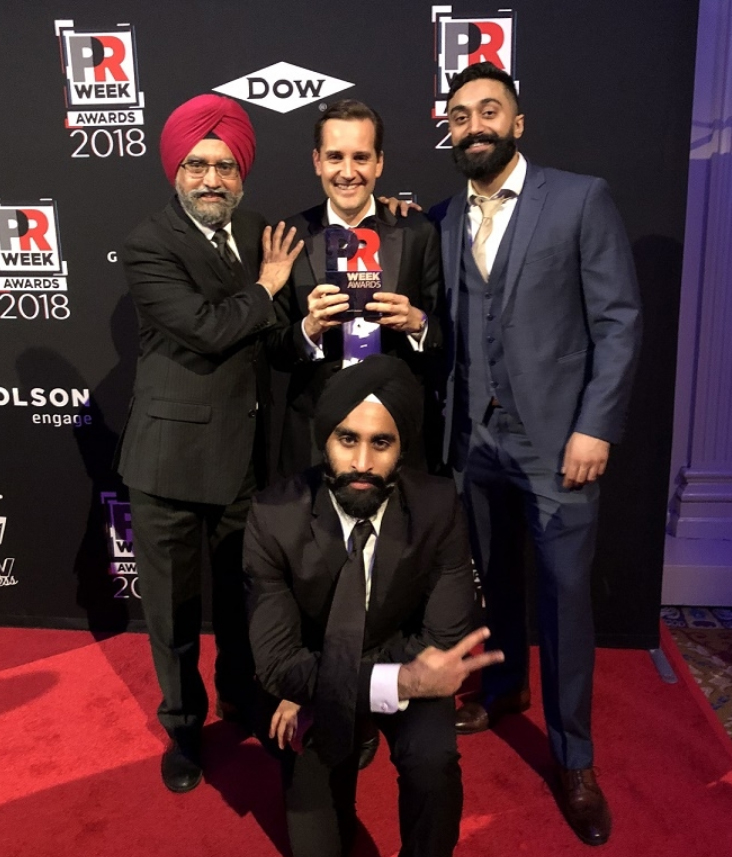 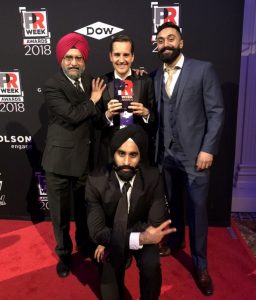 New York: A campaign to create awareness of Sikhism and its followers in the US and fight prejudice has won a top award for excellence in public relations programming to promote public causes.

The “We Are Sikhs” campaign received the top 2018 PRWeek US award in the category of Public Cause.

The campaign launched last year on Baisakhi by the National Sikh Campaign (NSC) and executed by FP1 Strategies, won the award for effectively projecting the Sikhs as neighbours and everyday Americans who face discrimination due to ignorance of their faith.

The PRWeek US awards are nicknamed the “Oscars of the Public Relations Industry”.

“It is indeed a great victory for the Sikh community across the US,” NSC co-founder Rajwant Singh said.

“Countless Sikhs have had to face bullying, discrimination, and hate crimes due to the lack of understanding of our faith and our values. Our community decided that we needed to communicate effectively with our fellow Americans.”

The judges commented that the “provocative campaign that really broke through” and “put a face on one distinct minority group” and noted “the real humanity in the execution”, PRWeek magazine said.

The $1.3 million for the campaign was raised mostly by Sikhs, with some Hindus also making notable contributions.

The campaign told the stories of Sikhs through online and TV advertising and amplifying them via emails to journalists and community events nationwide.

The TV ads showed Sikhs as American neighbours going about their daily lives, professing patriotism and national values, but also a sharing a love for the TV series “Game of Thrones” and the children’s show “Sponge Bob Square Pants” – to counteract the mistaken negative perceptions because of their turbans and beards.

“The campaign drove online conversation that reached more than 5.5 million voters and gained the attention of many of Washington’s most influential organisations.

“A post-campaign poll proved the group moved the needle, with significant increases in the percentage of people who knew more about Sikhs and said the group had ‘generally American values,’ believed in ‘equality and respect for all’ and were ‘patriotic’,” PRWeek said.