Asian Journal
Home News We know the BC budget is in shambles, but transparency still matters 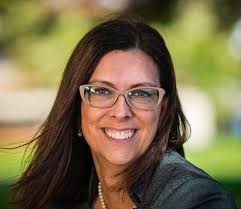 Part of the role of opposition is to criticize.  However, we aim to base that criticism in policy and from a base of facts. So, it does seem a bit odd to be discussing measures to support a budget that no longer has even a shred of credibility.  If we are going to intelligently debate the Budget Estimates and Bill 4, The Budget Measures Implementation Act, and provide the necessary and objective criticism, we certainly need to know what has changed since February.

We need a clear and current picture of B.C.’s finances on which to deliver that objective review.  But we are not being provided that information. Government is choosing to keep the opposition and the public in the dark and blame it on the pandemic.

That’s not good enough.  Government is not at fault for the pandemic, nor for the need for significant emergency spending measures.  But it is only reasonable to ask for an immediate accounting of that spending and for the changes that have undoubtedly befallen the provincial budget as a result of the economic turmoil.

The Finance Minister remarked yesterday that she will give an update of some information on July 14th — but we are debating these bills now. She has admitted that Government is getting weekly, if not daily, financial updates so there’s no reason they can’t tell British Columbians where the budget stands and their plan to get our economy back on track.

Understandably, things will continue to change and evolve as they do even without a pandemic. However, this is not an excuse for government to refrain from sharing where we are today, as doing so will prevent the debates from being informed by the latest information and projections.

Our work right now in the Legislature is to review and ultimately approve or reject, the government’s budget.  A budget that includes more than $250 million in new taxes.  If we receive the clarity on the financial picture we have requested, the Opposition could then ask legitimate questions of a budget implementation bill.  The questions we instead will have to pose will come from a place of conjecture and assumption, which certainly is not my preference.

Now, with the pandemic necessarily taking priority — and with the budgets of all levels of government thrown into shambles— is this government taking another look at their plan?  In response to COVID-19 government saw fit to announce deferrals on a bunch of tax measures and delayed the implementation of these new taxes.  So now the questions that naturally follow are: Is now the right time to be adding additional new taxes? Is there now an even greater risk of driving away ever more important investments in our economy?

I believe that government budgeting, taxing and spending should always be undertaken with the mindset that this is the people’s money, not government’s money. I understand that we live in a society where we pay high taxes, and in return, have important universal services, but there will never be enough tax money to pay for everything everyone would like. Trade-offs and tough decisions have to be made. What’s clear right now is that government doesn’t want to share with us what those decisions are and on what information they are basing those decisions.

Government is facing the worst situation — the economy has been catapulted into recession and government is left facing high planned spending costs with dwindling tax revenue.  Economists are predicting GDP declines of more than 7% and a B.C. deficit of between $7 and $10 billion. But British Columbians are the ones who fund the government’s bank accounts and they deserve to know how their hard-earned money is being spent.

I’ll close by saying, in the absence of transparency, all I see is the continuation of tax and spend NDP policy, without reservation, without prudence. And I do that with an acknowledgement that this now falls against an economic backdrop far bleaker than anyone would have hoped.