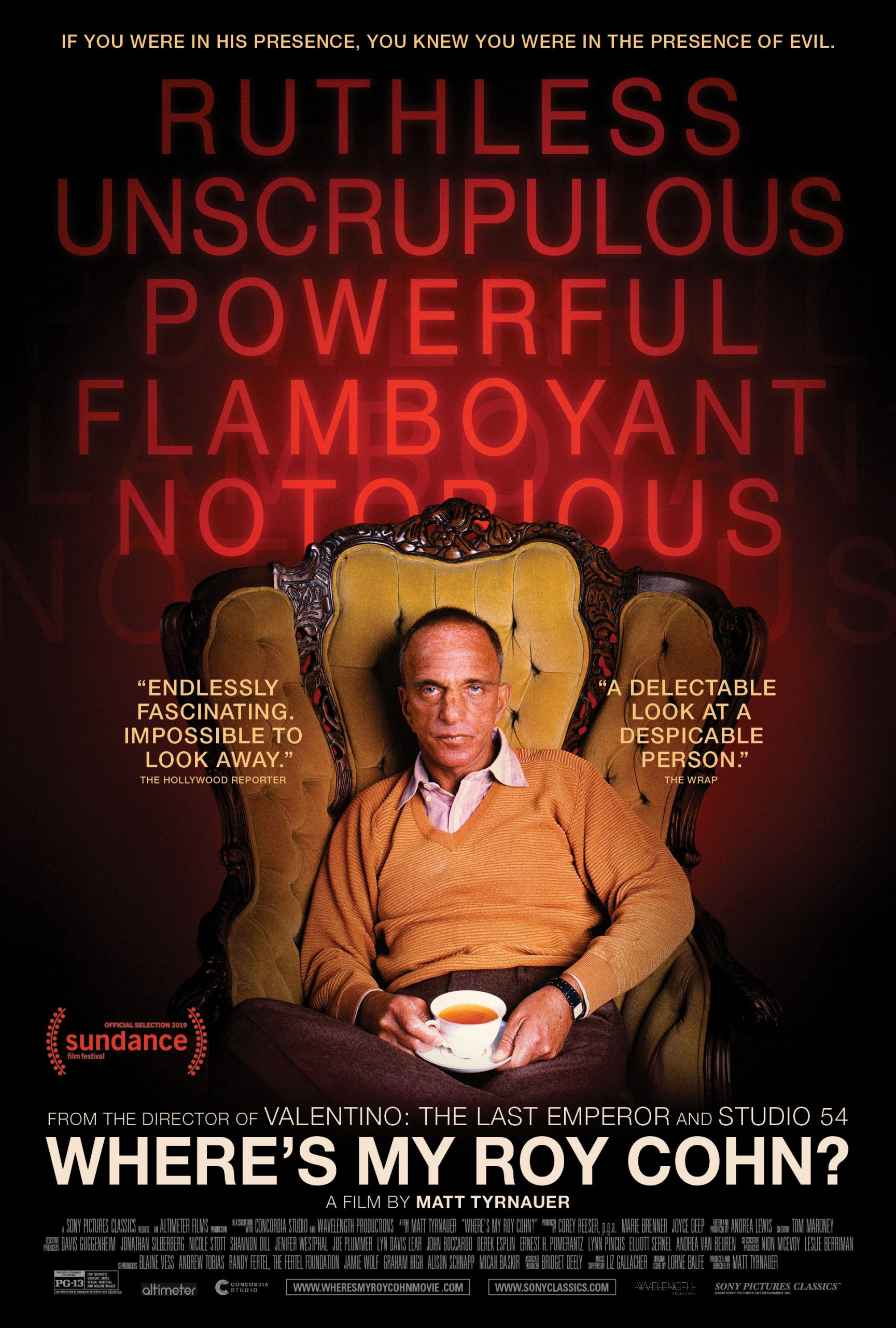 Ever wonder how Donald Trump became President and more importantly who taught him the ropes? Get the inside scoop on the path to the White House with Where’s My Roy Cohn? Meet the real kingmaker in this fascinating look at the man who helped mound American politics for generations. Sony Pictures Classics and Mongrel Media Present this no holds barred look at a giant behind the scenes power brokers. Check out this enlightening story at the International Village Cinemas.
Viewers will be simply spellbound as the filmmakers here explore Cohn’s upbringing and then ascendency into the public spotlight. Politics was definitely in this man’s blood. Look
at how he first made a name for himself as a prosecutor in what was then the trial of the century before gaining even more prominence / notoriety as chief counsel for none other than Senator Joe McCarthy in his infamous communist hearings. From there this slick smart New Yorker became a house-hold name.
Considered to be the ultimate manipulator it’s fascinating to see Cohn work his magic and claw his way to the top. Links to high society, Hollywood, the Mob and The White House, then and now, are all presented in this outstanding documentary. Complete with fascinating interviews with Cohn when he was just beginning his flamboyant career to revealing candid conversations with his family paint a full picture of a man whose talents to win were second to none. How Donald Trump must miss his mentor as he seemingly drifts from crisis to crisis.