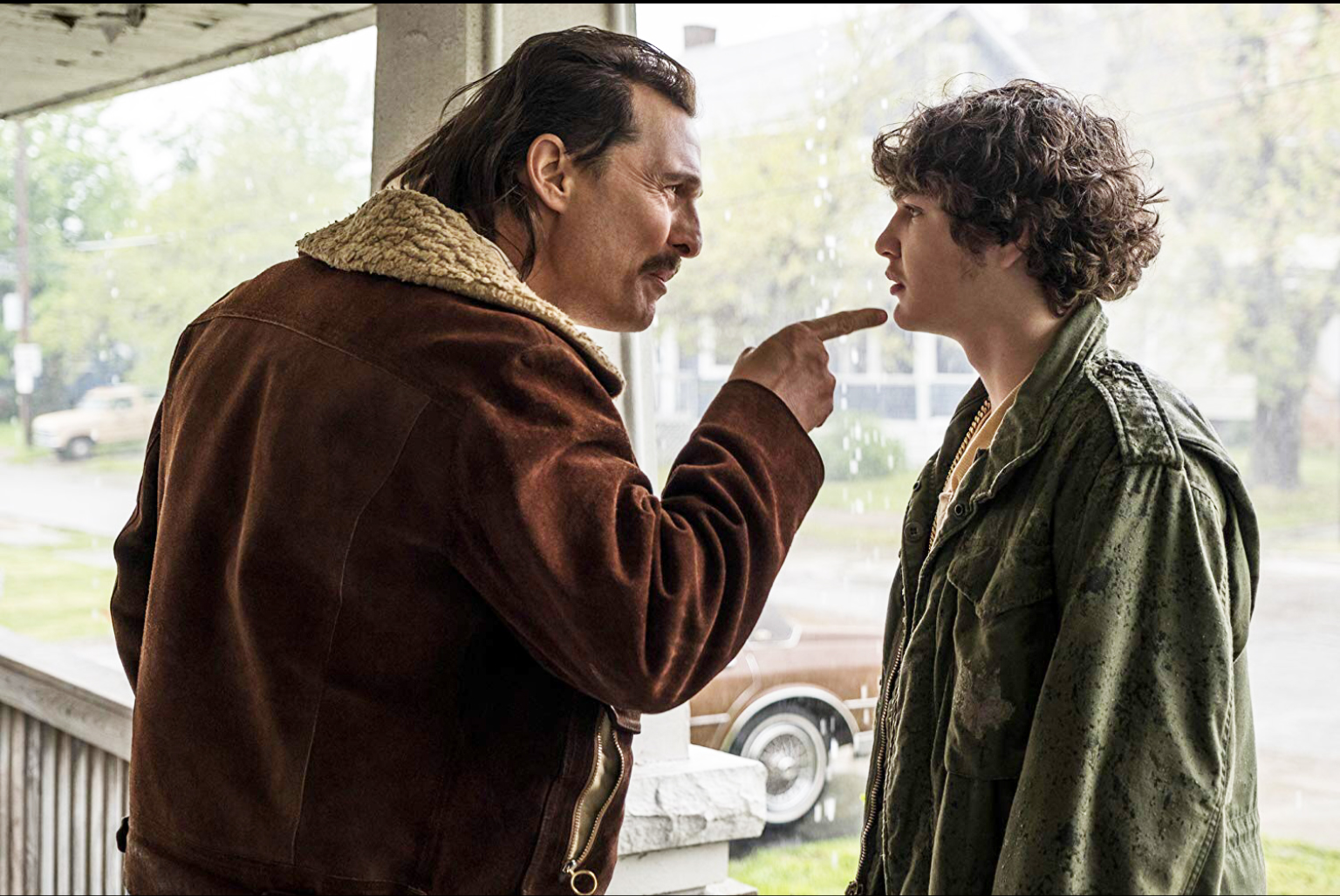 Rags to riches and back may well epitomize the plight of an upstart youth in White Boy Rick. Made with quality, care and consideration director on the rise Yann Demange sure does make his mark bringing this hard to believe true story to life. Savvy Sony Pictures deserves all the credit in the world to reveal the true life of a kid from the wrong side of the tracks who made it good – or did he? – in this brave new world. See some quality acting reveal the truth now out on home DVD and Blu-ray for viewing in the comfort of homes across B.C.

From out of nowhere first-time actor Richie Merrit explodes on screen as the still in his teens Rick Wershe. Living less than an ideal life with wayward dad Wershe Sr. Academy Award winner Matthew McConaughey (The Newton Boys) leaves the glamour behind as a single dad trying to cope with raising two kids.  Let’s just say he’s not exactly parent of the year material here.

To make ends meet on his own accord the kid has a way to get in with the in crowd. And in the early 80s Detroit that crowd typically involves drugs. Unbelievable as it sounds this white youth hangs with some bad black kids and proves to have a knack at “dealing” and starts to make his mark. Once word on the street gets out it’s not long before the feds decide to get their hooks in the boy in hopes of landing some bigger fish. To put it charitably the government uses the kid in a travesty of justice the likes of which few have seldom seen before.

You could say here the crowd will be rooting for the kid and dissing the so-called good guys in this tale of both gangsters and law enforcement run amuck. Though recently rumored to be on the short list for a James Bond directorship Demange does a masterful job recreating the aura of glitz, glamour, drugs, power and corruption that was so buoyant in big American cities in the 80s.