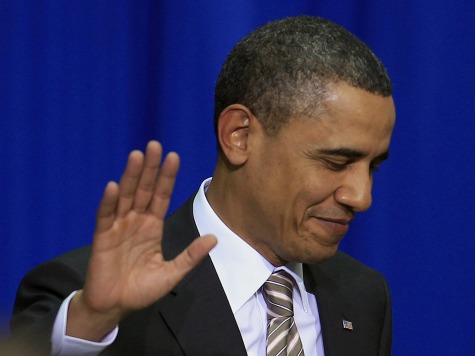 By Alexander Panetta, The Canadian Press
Washington: It took less than a day to dent the hopes of Canadian oilsands proponents that a new, Republican-dominated U.S. Congress might finally carry their coveted Keystone XL pipeline project to completion.
The plan slammed into a familiar obstacle: the White House.
A bill that would force the project to go ahead was introduced by the new Republican majority as the 2015-16 Congress took office Tuesday and, immediately, U.S. President Barack Obama signalled his plan to veto it.
“I can confirm for you that if this bill passes this Congress, the president wouldn’t sign it,” Obama spokesman Josh Earnest told the White House briefing.
Earnest initially cast the decision as a question of procedure, not substance. He said the president believes it’s wrong for Congress to approve cross-border pipelines when the appropriate review process belongs to the administration.
What’s more, that review can’t be completed while the pipeline route is still being disputed in a Nebraska court.
Earnest also went out of his way to point out the president has been raising doubts about the project’s substantive merits.
“You could note our skepticism,” he said, “about some of the claims made by the most enthusiastic advocates of the pipeline.”
Those dismissive statements from Obama about the project’s limited job-creation potential, irrelevance to U.S. gas prices, and possible environmental risks had already led most Washington observers to expect a veto.
The markets hardly reacted Tuesday. Shares of pipeline-builder TransCanada Corp. barely budged after the 1 p.m. announcement, after having taken a little dip during an overall rough morning on the markets.
What was surprising was the timing.
On Monday, the White House said it wanted to see the bill before making a decision about a possible veto. There had been talk Democrats would stack it with their own priorities, like alternative energy or infrastructure funding, to make it more palatable to the president.
But lawmakers from both parties didn’t even have time to start negotiating. The White House issued its veto threat before debate began on the Senate floor. Meanwhile, in another blow to the pipeline, a hearing scheduled Wednesday before a Senate committee was cancelled because of procedural opposition from Democrats.
At least with Obama at the helm, the seven-year pipeline saga appears poised to end in failure for TransCanada, and in victory for opponents who turned a land dispute involving Nebraska farmers into an international political issue that became the focal point of the U.S. debate over climate change.
The Canadian government tried to steer clear of the fallout.
“Right now this is not a debate between Canada and the U.S., it’s a debate between the President and the American people, who are overwhelmingly supportive of the project,” said a statement from the Harper government, long a persistent and vocal advocate for Keystone XL.
“We’re not going to comment on the American political process.”
The government’s domestic opponents were far more eager to tie the Harper government to the stalled pipeline _ even blaming it for the delay. The Liberals said the government’s inertia on climate change has tarnished the image of Canadian oil, and built hostility to it at home and abroad.
“If we want to have social license from Canadians but also from the rest of the world to produce and export our natural resources, we’re going to have to show that we’re acting on the environment,” said Liberal MP Chrystia Freeland.
“That’s a very clear message today _ we’re not doing that and this is the result.”
As for TransCanada, it reacted scornfully to Tuesday’s announcement. In particular, it picked at the White House assertion that it needed to stick to a well-established process.
The review process for Keystone XL has been anything but well-established and has already taken three times longer than normal, CEO Russ Girling said in a statement.
“The bar,” Girling noted, “continues to move again and again.”