Asian Journal
Home Headlines Who was appointed to the Senate on Friday? 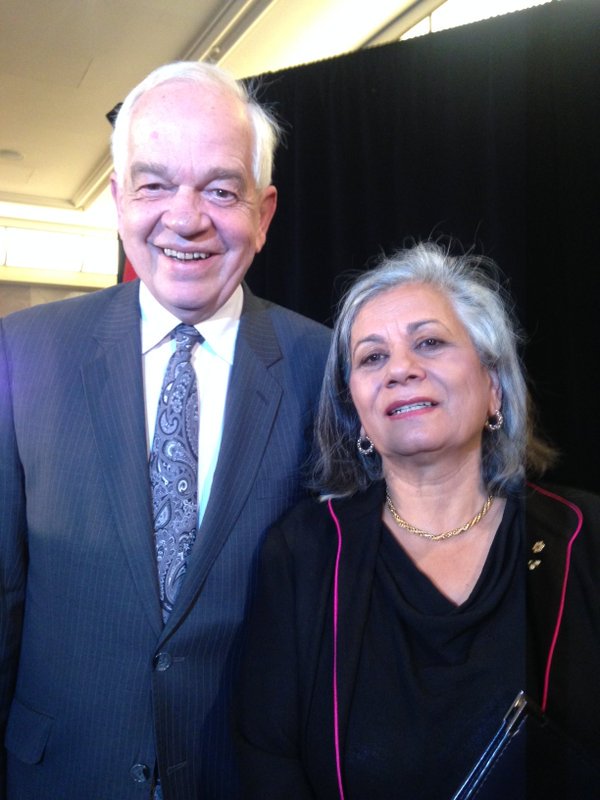 Andre Pratte. Author and journalist, he spent 14 years as editor-in-chief of the Quebec daily paper La Presse. He is one of the founders of a Quebec think tank on federalism.

Peter Harder. He spent 29 years in the federal public service, including 16 years as a deputy minister and four years as the personal representative of the prime minister to three G8 Summits. He was appointed by Trudeau to manage the Liberal transition into government last fall.

Frances Lankin. Most recently, Lankin spent 10 years running the United Way in Toronto, taking that job after years as an NDP cabinet minister and MPP in Ontario. From 2009 to 2016, she was a member of the Security Intelligence Review Committee, the oversight body for the country’s security agencies,.

Ratna Omidvar. Recognized globally for her contributions to increasing the inclusion of immigrants, she is currently the founding executive director of a think tank at Ryerson University’s school of management that focuses on diversity, migration and inclusion. She is the chair of Lifeline Syria, which seeks to bring 1,000 privately sponsored Syrian refugees to Toronto. She also serves on the boards of the Centre for Mental Health and Addiction, The Environics Institute, and Samara.

Raymonde Gagne. She has worked in education for over 35 years. She served as president of Universite Saint-Boniface from 2003 to 2014. She was responsible for the college obtaining full university status and has been honoured for increasing the range of educational opportunities available in French in the province.

Justice Murray Sinclair. He was the first Aboriginal judge appointed in Manitoba and only the second in Canada. He was the chief commissioner of the Truth and Reconciliation Commission, which investigated the legacy of the residential school system and delivered a landmark report in 2015.