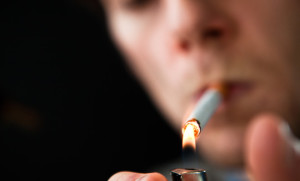 New York: Puffing cigarettes can increase the likelihood that certain bacteria will not only set up camp but will build a fortified city in the mouth and fight against the immune system, thereby making you vulnerable to oral diseases, new research suggests.

Bacteria can form biofilms on most surfaces including teeth, heart valves and the respiratory tract.

Biofilms are composed of numerous microbial communities often made up of complex, interacting and co-existing multispecies structures.

“Once a pathogen establishes itself within a biofilm, it can be difficult to eradicate as biofilms provide a physical barrier against the host immune response, can be impermeable to antibiotics and act as a reservoir for persistent infection,” said one of the researchers David Scott from University of Louisville School of Dentistry in the US.

“Furthermore, biofilms allow for the transfer of genetic material among the bacterial community and this can lead to antibiotic resistance and the propagation of other virulence factors that promote infection,” Scott noted.

One of the most prevalent biofilms is dental plaque, which can lead to gingivitis – a gum disease found in almost half the world’s population — and to more severe oral diseases, such as chronic periodontitis.

Bacterial biofilms also can form on heart valves resulting in heart-related infections, and they also can cause a host of other problems, the researchers said.

The study was published in the journal Tobacco Induced Diseases.

Mental health teachings of Guru Nanak and their relevance today