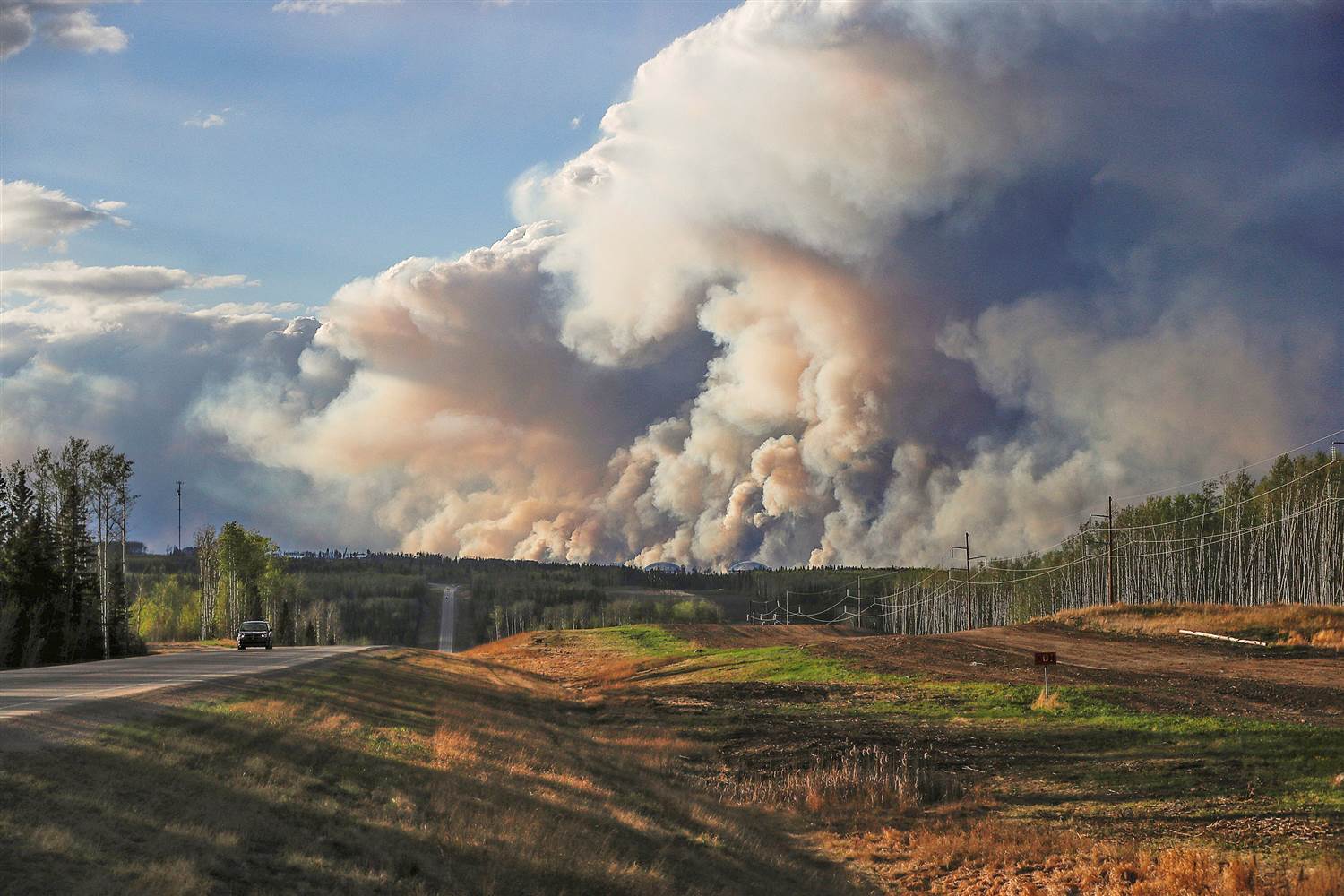 Ottawa: The Bank of Canada said Wednesday that the wildfires that razed parts of Fort McMurray, Alta., and forced the shutdown of several oilsands operations will exact a toll on the economy, but noted that it would be temporary as it kept its key interest rate on hold.

The central bank said that its preliminary assessment, its first since the disaster erupted earlier this month, suggests the fires will cut 1.25 percentage points off real GDP growth in the second quarter.

In its April monetary policy report, the bank had predicted growth at an annual rate of 1.0 per cent for the second quarter.

“While we don’t know the bank’s updated tracking excluding the wildfires, it’s likely that the bank is tracking a contraction for the second quarter,” TD Bank senior economist Leslie Preston said.

The Bank of Canada is expected to update its full outlook for the economy and inflation in its next monetary policy report on July 13, when it also makes its next rate announcement.

Despite the cut to its expectations for growth in the second quarter, the Bank of Canada kept its key interest rate at 0.5 per cent. The rate is a major factor used by Canada’s big banks in determining their prime lending rates.

The central bank noted that growth in the first quarter was in line with expectations and the economy is expected to rebound in the third quarter as oil production resumes and reconstruction of the areas devastated by the fire begins.

The downgrade of the second quarter follows similar moves by economists at some of Canada’s big banks.

The Bank of Montreal has predicted the economy will contract at an annual rate of 1.0 per cent in the second quarter due to the Alberta wildfires compared with the implied contraction of 0.25 per cent based on the central bank’s figures.

Bank of Montreal senior economist Robert Kavcic said many economists may have been expecting a little bit more caution from the Bank of Canada in its rate announcement statement.

“Bottom line is that the wildfire is going to have an impact on growth in Q2 and Q3, but it is just going to shift the timing of growth around,” he said.

“A lot seems to be going as they were expecting when they put out the last (monetary policy report), minus the wildfire which doesn’t have a policy implication. So you add it all up and it is very neutral.”

BMO expects the Bank of Canada to keep its key interest rate on hold for the next year with rate hikes only coming into view in the second half of 2017.

The Bank of Canada’s announcement comes in the wake of economic data that suggests the economy ended the first quarter on a soft note after starting 2016 on a hot streak.

“In Canada, the economy’s structural adjustment to the oil price shock continues, but is proving to be uneven,” the bank said.

Retail sales figures for March, reported last week by Statistics Canada, were lower than expected and followed reports of lower manufacturing and wholesale sales results for the same month.

Statistics Canada also reported Friday that the annual pace of inflation climbed to 1.7 per cent in April compared with 1.3 per cent in March. Core inflation, which excludes some of the most volatile items, for the month was 2.2 per cent, up from 2.1 per cent in March.

The Bank of Canada said inflation is roughly in line with its expectations, with total inflation slightly below its two per cent target and core inflation close to two per cent.

The central bank also noted that the housing market continues to show strong regional differences, reinforced by adjustments ongoing in the economy.

“In this context, household vulnerabilities have moved higher,” the bank said.