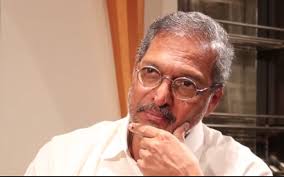 “If a Marathi person occupies the country’s topmost position (PM), it would make me very happy,” Patekar said candidly at a function of his NGO Naam Foundation here.

Referring to 1996, the actor said that when then Karnataka Chief Minister H. D. Deve Gowda was elevated as the PM, even the Maratha strongman’s name was being discussed in political circles, but he narrowly missed the opportunity at that time.

Replying to questions from media persons on growing disenchantment with the Bharatiya Janata Party (BJP), Patekar said he felt Pawar should have become the PM much earlier, but he would nevertheless like to see him in the top post.

On the ruling BJP’s stringent allegations against the Congress on its 38th Foundation Day on Friday, Patekar said: “Don’t say the Congress did nothing in so many years in power. That is not correct.”

“Politicians will keep bickering, but we are all aware of the situation facing the country now. Our democracy has survived for so many years in Indiaa The credit for that goes to the Congress alone. Is it not a major achievement?” asked the 67-year old actor.

The actor-turned-social activist also spoke his mind on other issues like the burning problems of farmers and fair remunerative prices for their produce, and why Bollywood or entertainment personalities did not deserve to be conferred state honours like the Padma awards.