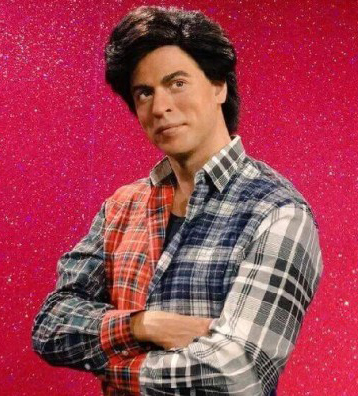 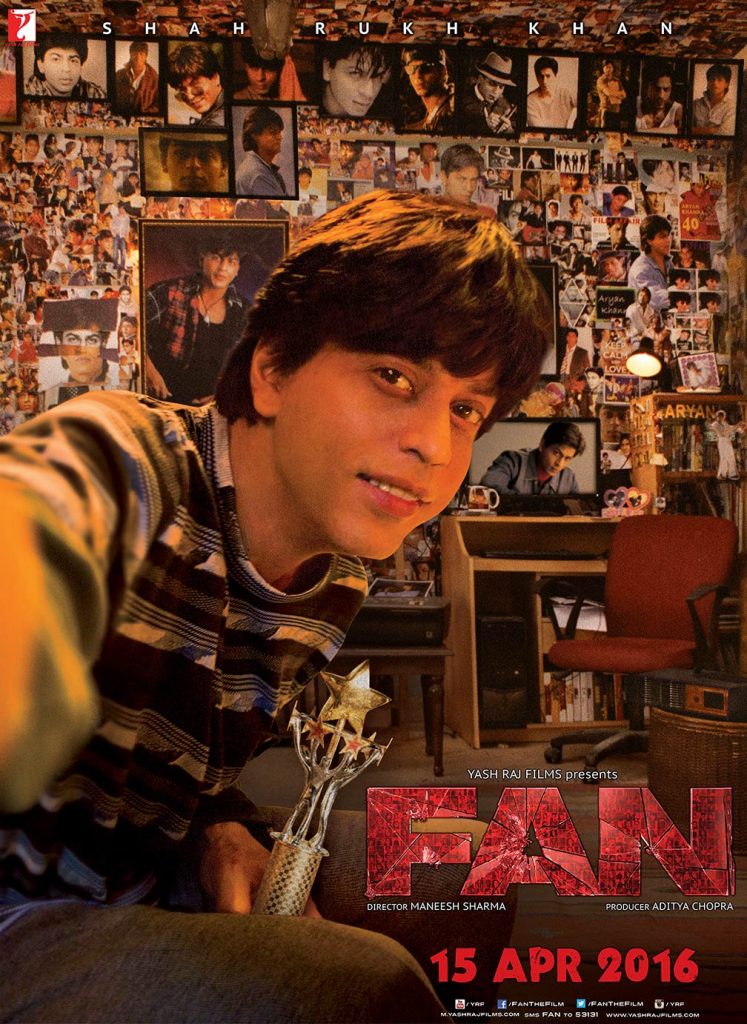 Maneesh Sharma’s FAN is one of the most eagerly awaited film of 2016 and while many are predicting the film to cross Rs.100 Crores within the first week, some are having doubts especially after the recent spate of Shahrukh’s films which have not only struggled at the box-office but left his fans wondering about the superstar they always believed in. From Ra One to Jab Tak Hai Jaan and Happy New Year to Dliwale, not only the fans were disappointed but they’re having second thoughts about the biggest box-office star that India has produced post Amitabh Bachchan but Yash Chopra’s FAN could be the game changer as he’ll be seen in two different roles and that has revived the faith amongst his fans. As we all know, Maneesh Sharma’s FAN is the story of Shahrukh Khan and his fan turned foe, which many are comparing to Rober De Niro-Wesley Snipes film THE FAN (1996) with shades or inspiration from Kathy Bates-James Caan film MISERY (1990) & the animated film THE INCREDIBLES (2004), but the fact remains that one of the Shahrukh Khan will don the role of his anti-hero roles from films like DARR (1993) , BAAZIGAR (1993) & ANJAAM (1994) which are still very popular amongst his fans. With Maneesh Sharma toying the idea for over 10 years and shooting the film in London, Croatia and Mumbai, FAN has only Jabra Fan song for his music fans and yet this heroine less film is being talked about all over the world. While Balki’s KI & KA has run its course, THE JUNGLE BOOK is still going strong but with no other release, Shahrukh Khan fans could heave a sigh of relief as with over 3,000 screens in India alone, FAN could make it or break it in the first week alone and if it does happen then surely not just Shahrukh Khan’s fans but the whole bollywood film industry will applaud in unison. While Shahrukh Khan has left no stone unturned as he’s promoting the film all over India, the Yash Chopra marketing team is working non-stop as well and the latest is that Shahrukh Khan’s statue has got a new makeover at London’s Madame Tussaud’s Wax Museum and would be displayed near London Eye. Whatever the case may be, the fact remains that SHAHRUKH KHAN is still the undisputed king of India’s box-office and a strong showing in FAN would certainly bring back his FANS!!!

Hollywood is celebrating and Bollywood is absolutely amazed with the huge response of THE JUNGLE BOOK in India. Not only it stalled the winning march of R.Balki’s KI & KA at the box-office (though Kareena Kapoor Khan hosted a success party at her home which saw many celebrities including Shahrukh Khan & Ranbir Kapoor) but the film seems to be gaining strength day by day as it collected Rs. 70 Crores in the first week and could become the first Hollywood film to cross Rs.100 Crores in India. Voiced over by popular bollywood artists like Priyanka Chopra, Irfan Khan, Om Puri & Varun Dhawan amongst others, THE JUNGLE BOOK is a rage amongst the children and families are flocking theatres all across India and it’s to be seen if this winning march would affect Shahrukh Khan’s FAN!!!

RANVEER SINGH IS THE ENTERTAINER OF THE YEAR!!! 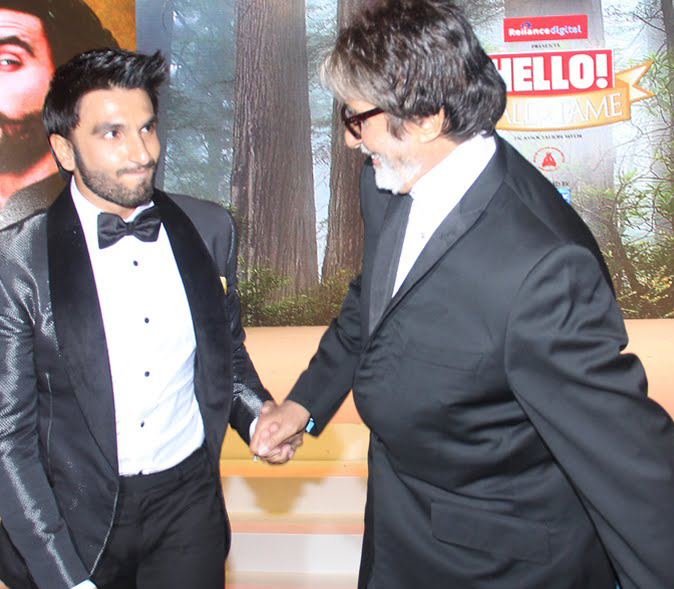 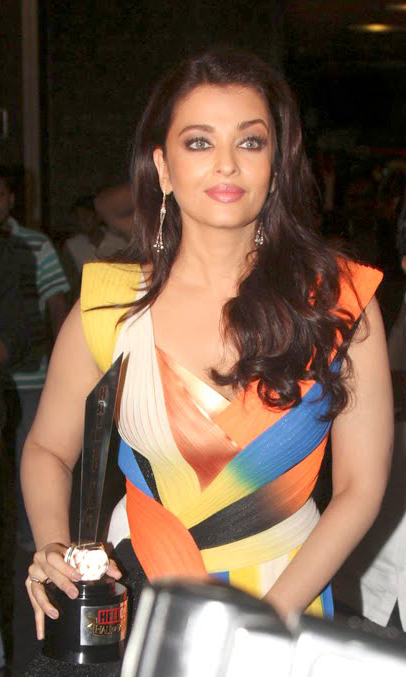 RANVEER SINGH is undoubtedly the ‘Entertainer of the Year’ as his antics in films and at various parties & award ceremonies throughout the year kept him in limelight. That his performance was extraordinarily brilliant in Sanjay Leela Bhansalis film BAJIRAO MASTANI was proven without doubt with Ranveer Singh sweeping almost all the awards and this is why everyone in unison applauded his winning Entertainer of the Year award at the recently held HELLO HALL OF FAME AWARDS in Mumbai on April 11nth. Ranveer, who breaks into performing to Malhari song at many award shows, did the same at HELLO Awards and this time was joined by veteran Amitabh Bachchan & Anil Kapoor and here’s the list of 2016 HELLO HALL OF FAME award winners… 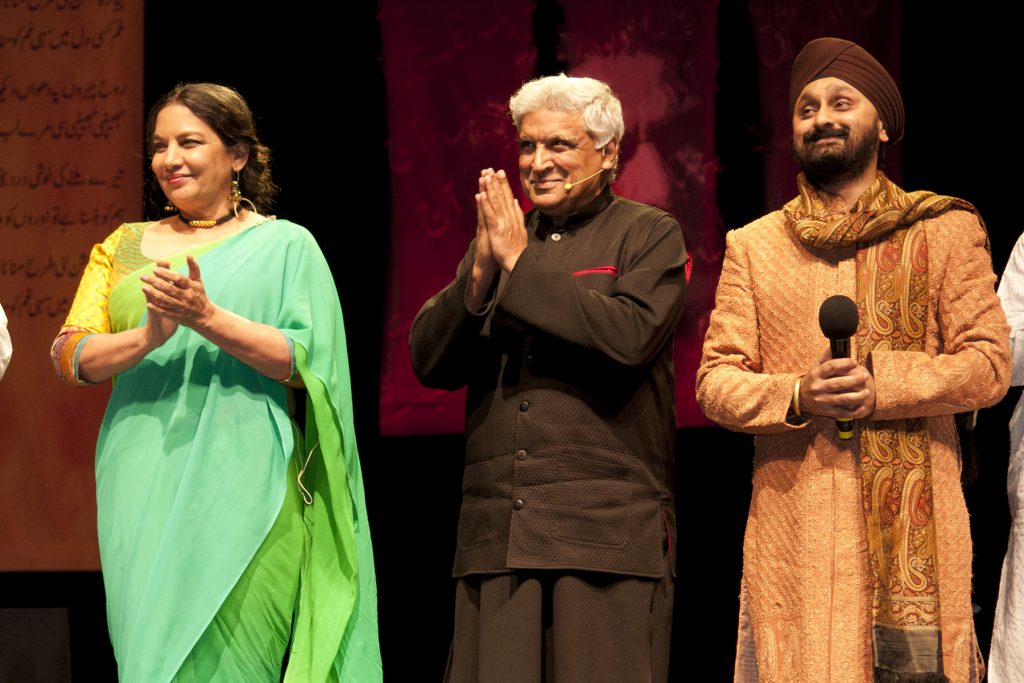 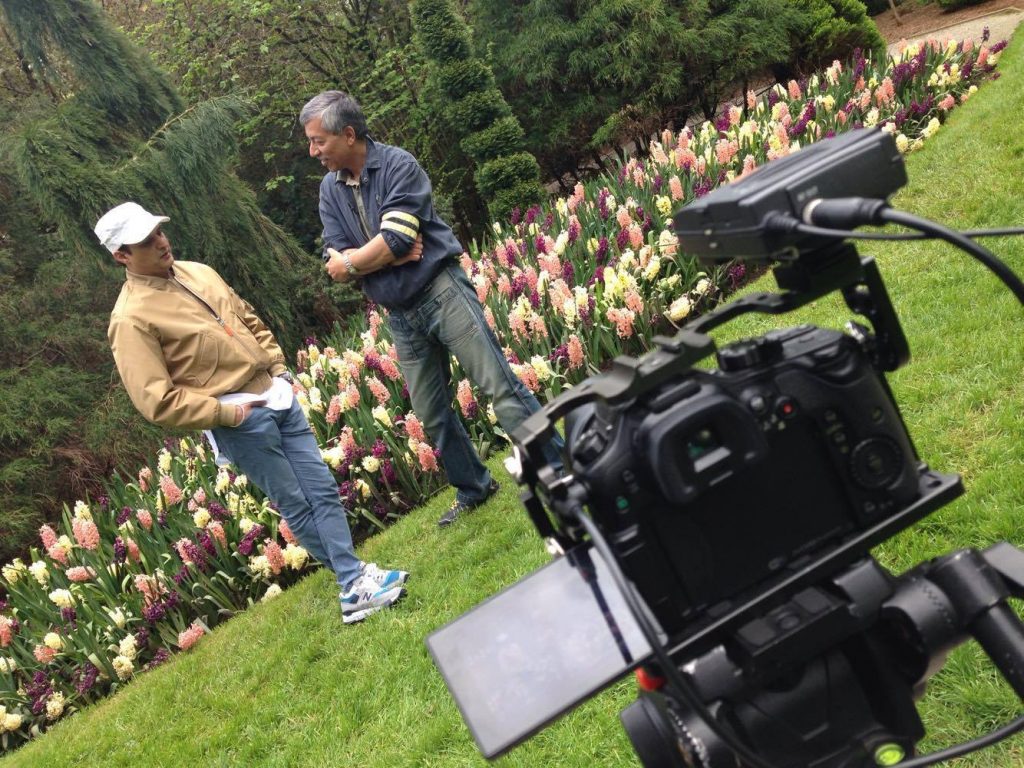 With SOLD OUT shows all over North America, it was but natural that an elite crowd will go and see the romantic musical at Vancouver’s Hard Rock Casino, however, everyone was pleasantly surprised as Shabana Azmi, Javed Akhtar & Jaswinder Singh mesmerized all with a very professional & powerful performance which will resonate for a very long time. With Kamal’s Video Palace celebrating 26 years and as with other KVP Entertainers presentation, one dollar from the sale of every ticket of KAIFI AUR MAIN was donated to AGA KHAN FOUNDATION for their generous work around the world. The phenomenal response to THE JUNGLE BOOK has taken everyone by surprise and while LOVE GAMES crashed right away, KI & KA continues to surprise all as it became the third highest film of 2016. Yash Chopra’s FAN is the solo Hindi release this week but it’ll face a tough fight from KI & KA, which is still going strong, and Punjabi release of VISAKHI LIST. Folks, Shahid Kapoor & his wife Mira are expecting their first child and Aishwarya Rai Bachchan has been honored with GLOBAL INDIAN OF THE YEAR by the NRI’s at a glittering award ceremony in Mumbai! Interviewing Jimmy Shergill for his upcoming Punjabi film VISAKHI LIST. This week’s YAADEIN is a tribute to yesteryear group songs from films and you can catch it on Sunday, April 17nth @ 1 PM on SMC#116. Inspite of Panama Leaks, business is back to usual as Amitabh & Aishwarya Rai Bachchan were seen at many award shows and with that, a very HAPPY VAISAKHI to ALL as Vancouver hosts the first Nagar Kirtan on Saturday, April 16th while Surrey hosts on next Saturday, April 23rd!