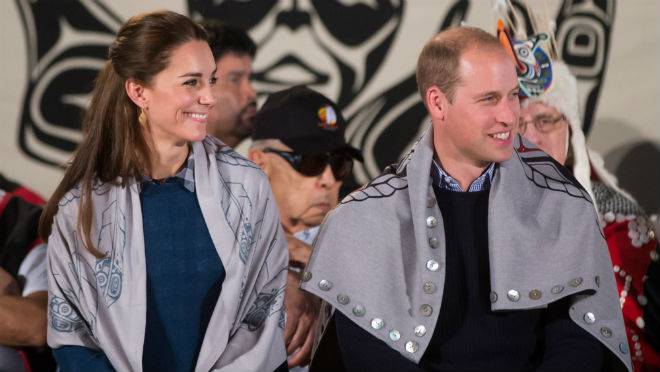 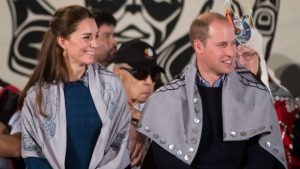 Kelowna: The Duke and Duchess of Cambridge will visit a university and get a taste of British Columbia’s culinary scene Tuesday on their visit to Kelowna, B.C.

William and Kate will begin the next leg of their tour with a stop at the University of British Columbia Okanagan, where they’ll unveil a plaque marking the 10th anniversary of the campus.

They’ll also meet students and check out a demonstration by the women’s volleyball team.

Later in the afternoon, the couple will head to the Mission Hill Family Estate, where they’ll view a vineyard and learn about the province’s agrifood sector at the Taste of British Columbia Festival.

Some of B.C.’s celebrity chefs will showcase their skills in cooking demonstrations for the couple.

Famed restaurateur Vikram Vij said in a release that he will be doling out some of his Indian fusion cuisine, including wine marinated lamb popsicles and coconut curried vegetables.

“I was a huge fan of Princess Diana, so to be able to serve the next generation of royals our lamb popsicles, and to show the couple how cultures and influences from around the world are being blended with wonderful B.C. ingredients, is something I am very proud to do,” Vij said.

The initiative was launched last year as a way for the 53 Commonwealth countries to share ideas and innovations around forest conservation.

“The establishment of the canopy is a loud and unambiguous statement that the citizens of all Commonwealth countries believe that nature is fundamental to the health of our societies,” William said.

“When we protect our rivers, oceans, atmospheres, or like today our forests, we are telling our children that their future prosperity cannot be disconnected from the health of the natural world.”

Nasty weather scuttled plans for a float plane or boat tour, but the duke and duchess explored part of the unique rainforest on foot.

The pair were presented with hand-carved wooden paddles before they flew back to Victoria.