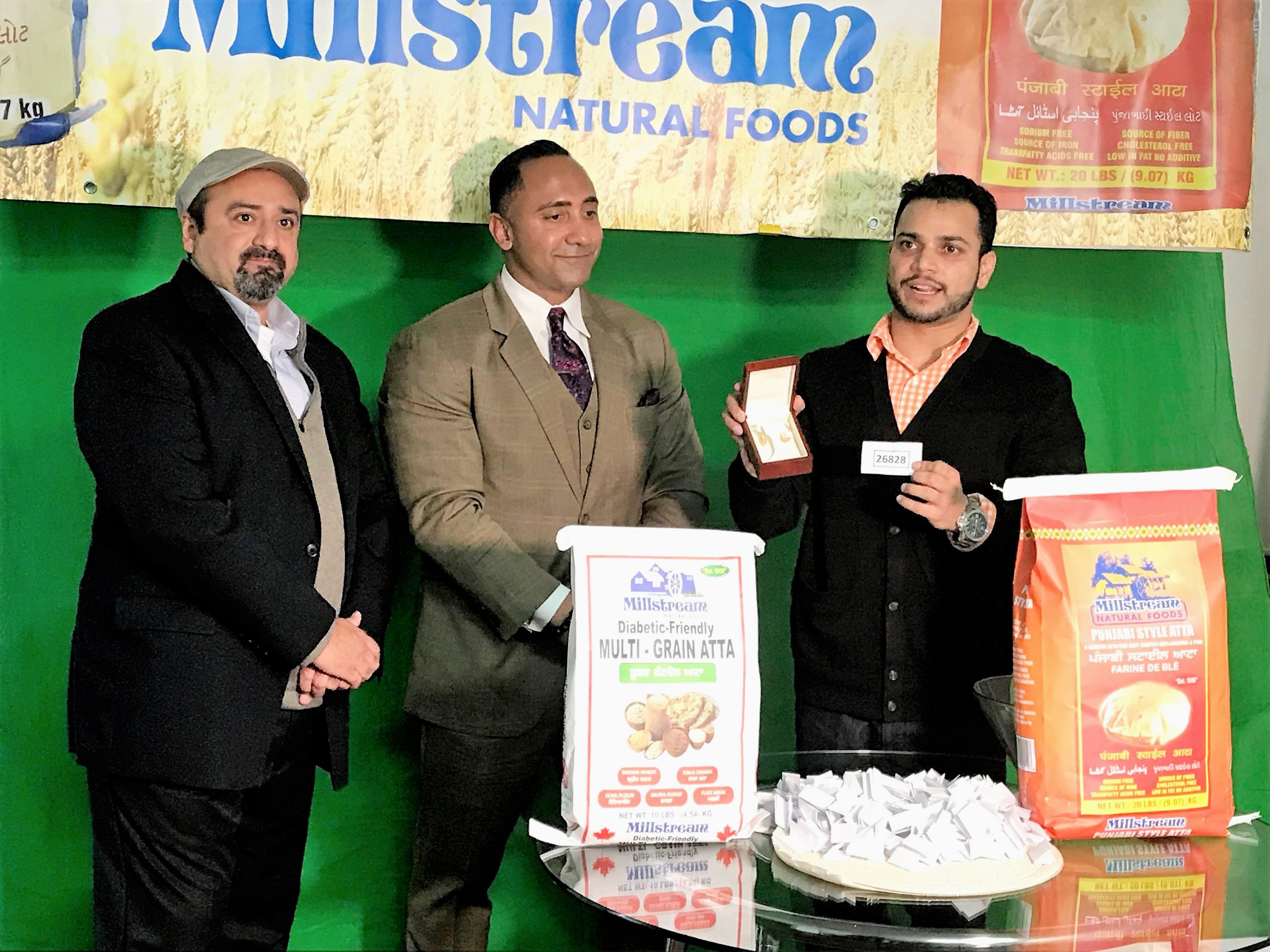 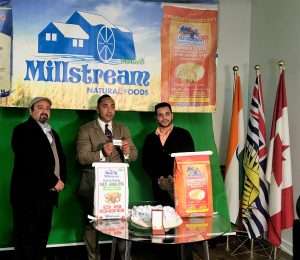 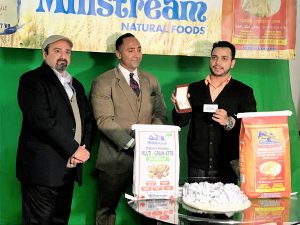 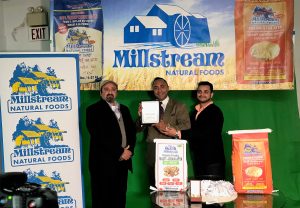 Surrey: Surrey resident Manjot Kaur Dhillon was the lucky winner of a pair of gold earrings this past Tuesday, awarded by Millstream Foods in their annual Diwali draw.

The draw was the mastermind of Navneet Begowal, marketing head at Millstream Foods, as part of an awareness campaign for their Multi-grain Atta. The flour ground in their Delta, BC mill in is one of their more than thirty-five products offered, all of which promote a healthy lifestyle through their stoneground and gluten-free flours.

The winner was chosen by Millstream’s president, Jag Gillan, and guest of honour Kal Dosanjh, a prominent law enforcement officer with the Vancouver Police Department, who was also then presented with a plaque which recognized him as a leader in nutrition and bodybuilding. “We are absolutely thrilled with the community response to this draw,” shares Gillan. “And to have an outstanding service member such as Kal to stand with us because of his belief in healthy eating and wellness tells me that we are moving in the right direction.” 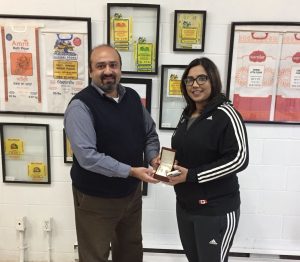 Millstream’s Multi-grain Atta combines whole wheat, black chickpea, soya, flax seed, and pearl millet flours. The combination is proven to decelerate the release of glucose into the blood stream, which is great news for diabetics.

The event was attended by media and prominent business people in SW Media Group’s Surrey office.