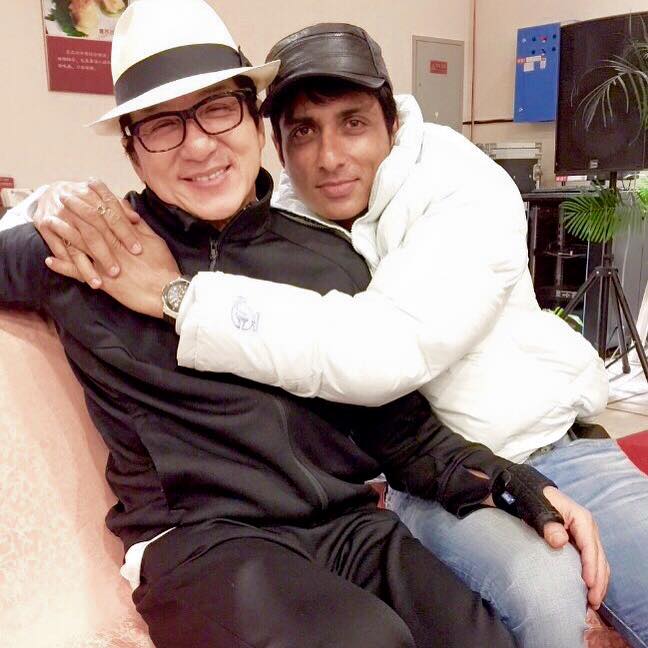 Mumbai: Actor Sonu Sood, who has worked with international superstar Jackie Chan in the film “Kung Fu Yoga”, says he got to learn a lot from him and that it was a life-changing experience.

“Great experience working with him. We have completed almost a 150-day schedule. We’re going to reveal the first look on June 10 in Shanghai at a press conference.

“I had a great time and I got to learn a lot… It’s a kind of a life-changing experience for any actor,” Sonu said at the trailer launch of actress Niharica Raizada’s new film “Warrior Savitri”.

“When we were shooting with Jackie, we would keep doing something or the other, like martial arts, stretching, and other activities, the whole day,” he said.

Jackie had even given gifted Sonu a jacket, which Sonu had proudly tweeted about.

About the differences between Hollywood and Bollywood, Sonu said: “Every film teaches you, every actor, every production house, every director teaches you something.

“But when you do a Hollywood production, the scale is big, the production budgets are very big; the sequences are very big. So, as an actor, you get good exposure. I always believe that whether the film is big or small, as long as you are ready to learn, you will definitely learn.”

Sonu has always been open to work in films, irrespective of the language.

“That is why I have worked in all the languages like Tamil, Telugu, Kannada, Hindi, Chinese,” he said.