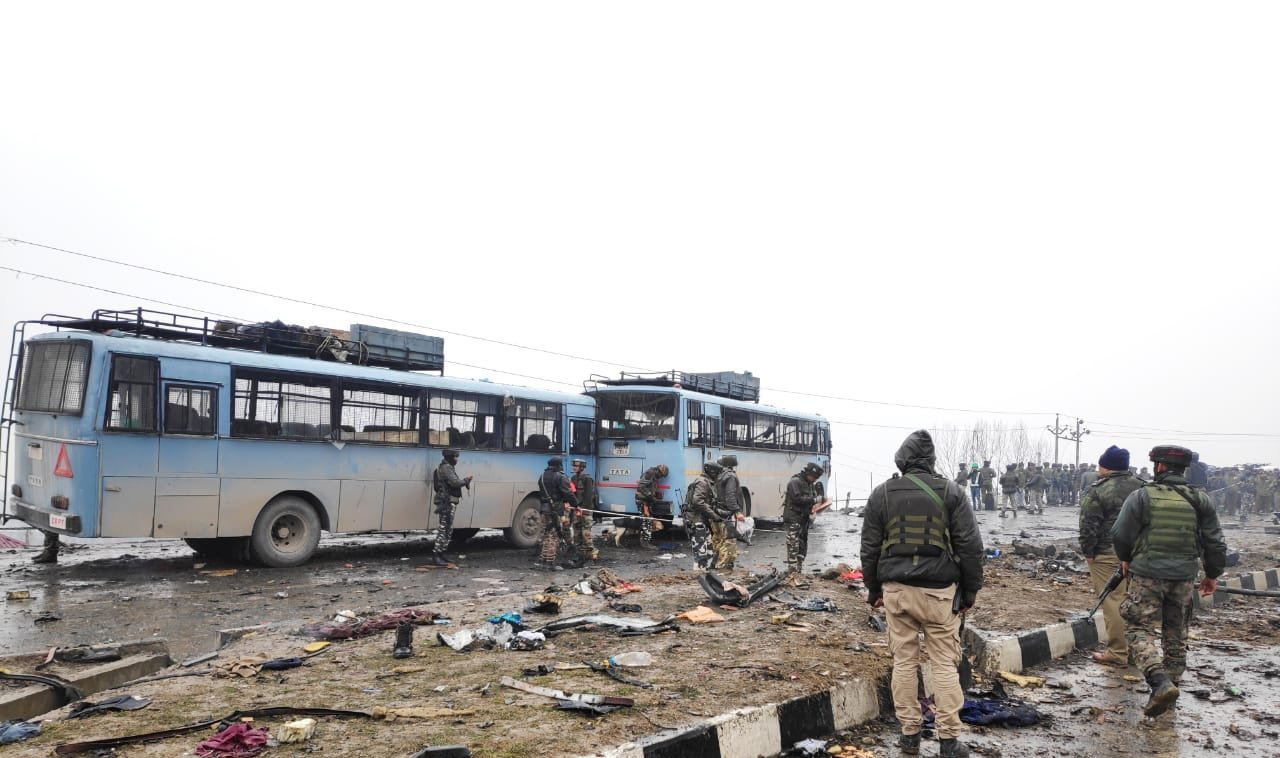 New Delhi: From the US to Russia and from Sri Lanka to Bhutan, the world condemned Pakistan-backed terror outfit Jaish-e-Mohammed’s (JeM) attack on an Indian security convoy that claimed the lives of over 40 CRPF personnel.“The US strongly condemns today’s terrorist attack in Jammu & Kashmir,” tweeted US Ambassador to India Kenneth Juster.“We send our heartfelt condolences to the families of the victims. The United States stands alongside India in confronting terror and defeating it.”Russian said it “condemns in the strongest terms the horrific terrorist attack in Kashmir’s Pulwama district, which claimed precious lives of more than 40 CRPF personnel and left numerous people injured”.“We denounce terrorism in all its forms and manifestations and reiterate the need to combat these inhuman acts with decisive and collective response without any double standards,” the statement said.“May we express sincere condolences to the grieving families of the deceased and wish a speedy recovery to those injured.”In the worst-ever terror attack in Jammu and Kashmir since militancy erupted in 1989, a suicide bomber rammed his SUV packed with explosives into a CRPF bus on the Srinagar-Jammu highway in Pulwama district, killing at least 43 troopers and leaving the security establishment stunned.The JeM claimed responsibility for the horror and released a video clip of the suicide bomber, a ‘commander’ identified as Adil Ahmad Dar, which it claimed was shot before the young man carried out the strike in Lethpora, about 30 km from here.The External Affairs Ministry statement said “India is firmly and resolutely committed to take all necessary measures to safeguard national security”.French Foreign Minister M. Jean-Yves Le Drian also conveyed his condolences to the families of the victims and expressed his country’s solidarity with the people and government of India in a message over Twitter.Sri Lankan Prime Ranil Wickremesinghe also strongly condemned the “brutal terrorist attack” in Jammu and Kashmir since 1989.“I express my condolences to @narendramodi and the families of police officers who lost their lives,” Wickremesinghe tweeted.In a message to External Affairs Minister Sushma Swaraj, Maldivian Foreign Minister Abdulla Shahid condemned the attack and conveyed the Indian Ocean atoll nation’s sympathy to the people and government of India.“It was with deep shock and horror that I learnt of the bomb blast in Pulwama, Jammu and Kashmir, that caused tragic loss of life and distress to many dozens of CRPF personnel. The Government and the people of Maldives join me in condemning this cowardly act of terror.“At this time of sorrow and devastation, I wish to extend on behalf of the government and the people of the Maldives and in my own name, profound condolences and sympathies to your excellency, the government and the people of India, and especially to the bereaved families of the brave Indian Army,” Shahid said.He said that the Maldives “is fully committed to the fight against terrorism and will continue to work closely with India, and the international community in eliminating this global menace”.Bhutan Foreign Minister Tandi Dorji said that he was “shocked and saddened to hear of the dastardly terrorist attack in Kashmir”.“We strongly condemn this heinous attack and express our solidarity with the families of the victims, and the people and government of India,” Dorji tweeted.