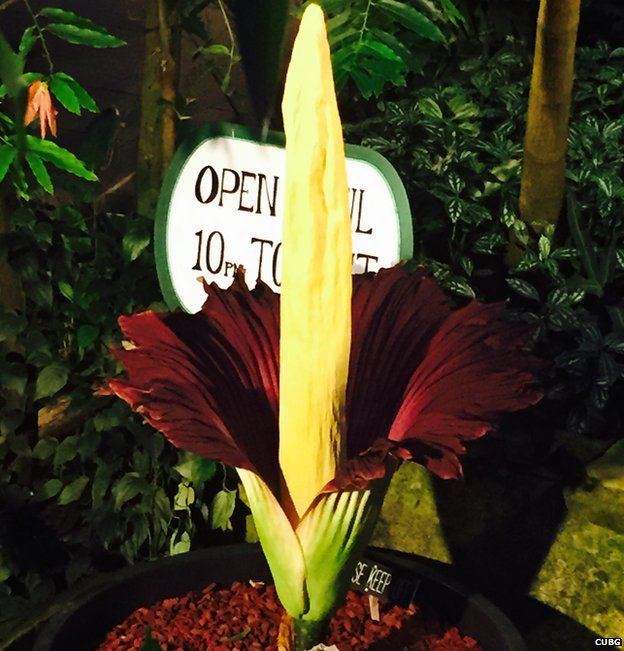 Tokyo, July 24 (IANS) A Titan Arum, believed to be the world’s largest flower, bloomed this week in Tokyo’s Jindai Botanical Garden for the first time in five years.
The two-metre high (6.5 feet) flower has attracted hundreds of visitors to the garden forcing it to extend its opening hours.
Titan Arum – a herbaceous plant – blooms rarely (maybe three or four times in its forty-year life) and that too only for two or three days. That is why Jindai believes that Friday will be the last day visitors will be able to admire it.
The last time this species bloomed in the botanical garden in the city of Chofu was on July 22, 2010.
Also called the corpse flower, it has an overpowering smell resembling rotting meat that attracts pollinating insects.
The plant can grow to a height of three metres (10 feet) and is native to the Indonesian island of Sumatra.
It has been classified as “vulnerable” by the International Union for Conservation of Nature due to threat from widespread deforestation.