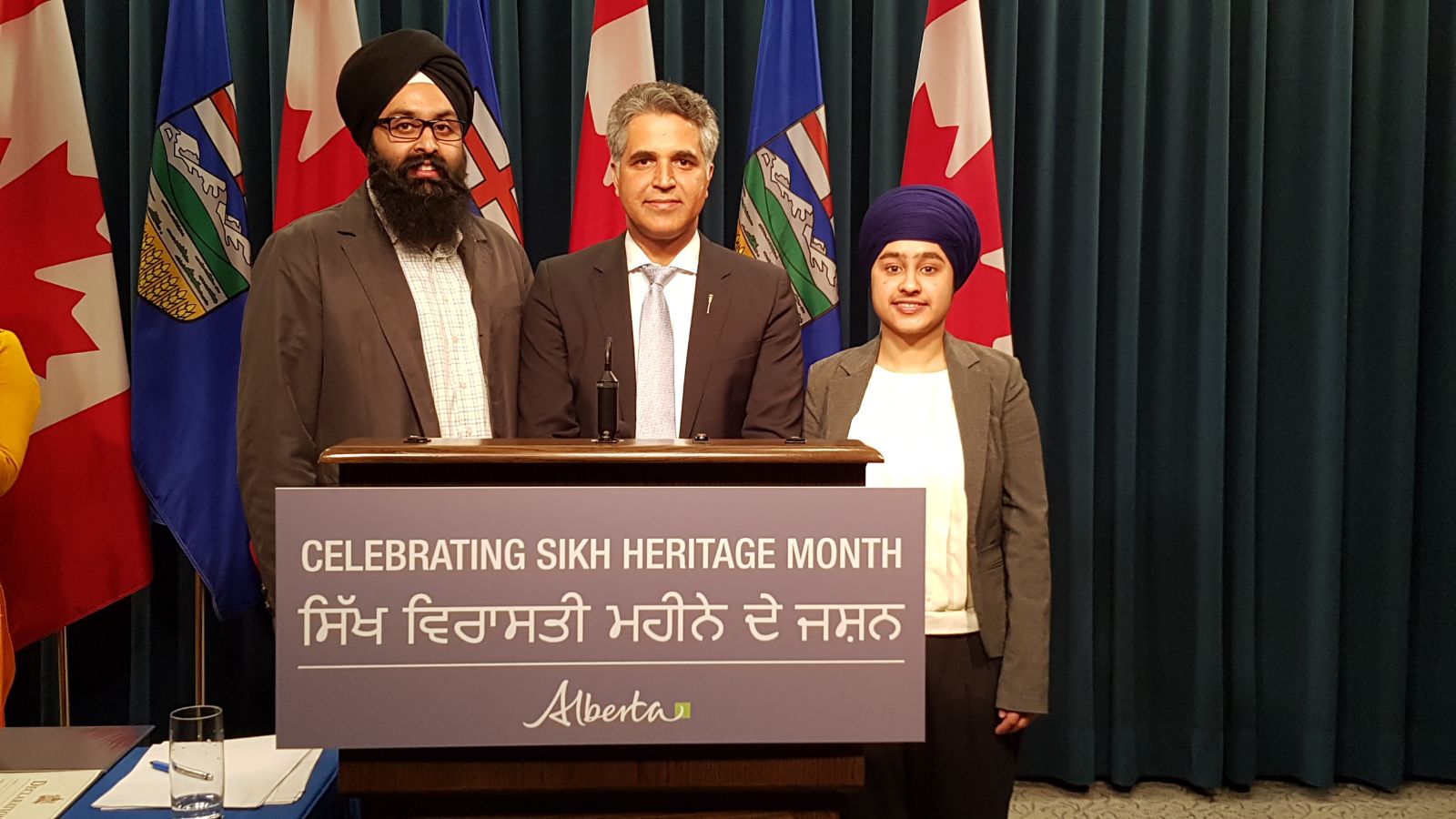 Calgary: The World Sikh Organization of Canada celebrates the declaration of April 2017 as Sikh Heritage Month in Alberta.  The announcement was made today by Irfan Sabir, Alberta Minister of Community and Social Services.

The Sikh holiday of Vaisakhi or Khalsa Sirjana Divas is celebrated by Sikhs across the world in the month of April.  Vaisakhi marks the day on which the Order of the Khalsa was revealed and Sikhs were given a distinct identity with the Sikh articles of faith.  Khalsa Day Parades are held in cities across Canada to commemorate the event.

of Alberta will celebrate Sikh Heritage Month with members of the community on April 11 in Edmonton and on April 28 in Calgary. An exhibit of Sikh artifacts will be on display in the rotunda of the Alberta legislature throughout the month.

WSO Alberta Vice President Tejinder Singh Sidhu said, “we thank and congratulate Premier Rachel Notley and the Government of Alberta for declaring April 2017 Sikh Heritage Month. Sikhs have a long history in Alberta with the first Sikhs coming to this province over 100 years ago.  We find that many individuals have questions about the Sikh community such as the significance of the uncut hair and turban; Sikh Heritage Month will be an excellent opportunity for Alberta’s growing Sikh community to share their faith, culture and history with all Albertans.  We hope that similar to Ontario, Alberta will also enact a Sikh Heritage Month Act which will make this celebration a yearly event.”

The World Sikh Organization of Canada (WSO) is a non-profit organization with a mandate to promote and protect the interests of Canadian Sikhs as well as to promote and advocate for the protection of human rights of all individuals, irrespective of race, religion, gender, ethnicity, and social and economic status.